We woke up early to enjoy heavy snow fall. A very enjoyable experience.

After breakfast…. it was morning exercise time….warm up 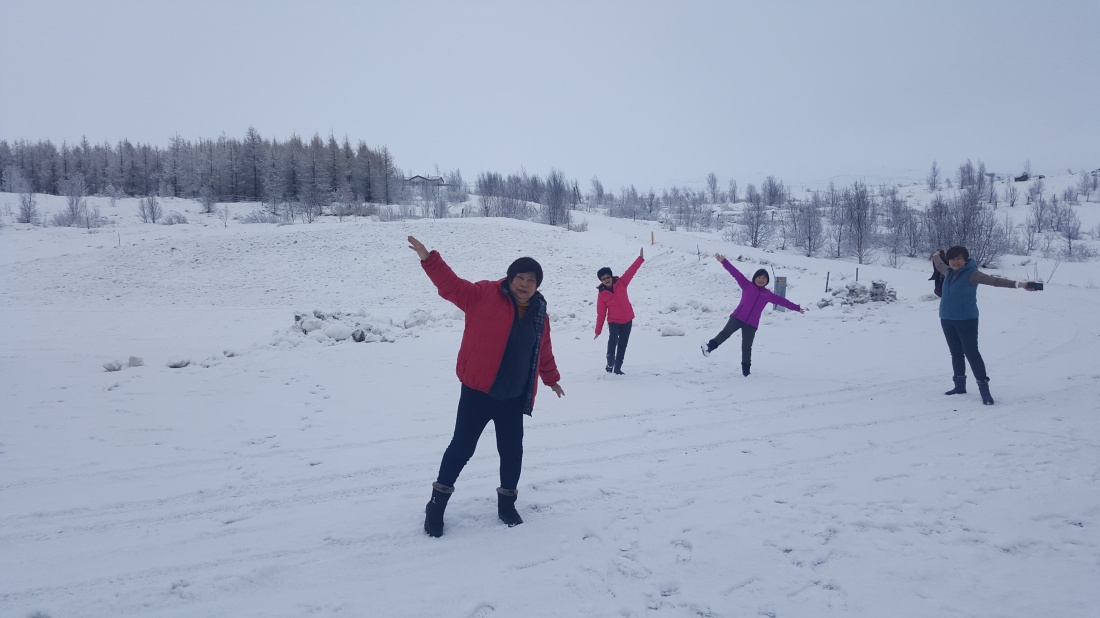 clearing the snow …. this was not an easy task.

group photo before driving off…

Leaving Egilsstaðir, the drive to Dettifloss was slightly difficult initially

and it became extremely hard and scary into the last 20 KM stretch to Dentifloss. The snow were not cleared off and the yellow poles were the only guide.

At last, we arrived at Dentifloss carpark

…. it was another 1 KM of walking to the waterfall. The walk was difficult and the freezing wind swept occasionally.

making our way back to carpark. 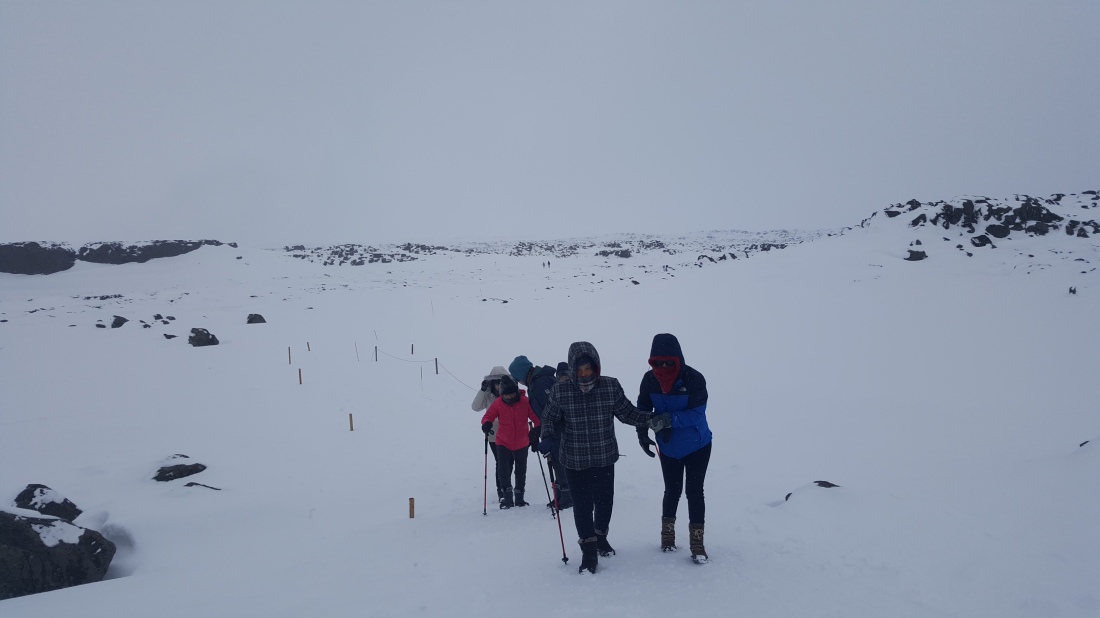 we had lunch at the carpark. Our next destination : Karfla Lava Field.

The next 2 KM was unimagimable….it was soft snow with ice. Many vehicle stopped. One Brazilian young man requested us to send him up to the Lava Field. We continued another one KM. We saw 3 vehicles struggling ahead. One chinese driver sped pass us and very quickly his vehicle was stuck in the snow. (ALL-B-GOOD) Other vehicle drivers tried to help – vain attempt.

I decided that I am on holiday, not for adventure and potentially I may get everyone in the car into difficult situation if I move on. I decided to retreat. The retreat was difficult too.

I finally turned on reverse gear and managed to stop the skid. That was scary and  very very close.

It was short distance to Hverarond. A Geothermal area bigger than Seltun. We did not spend too long here. The sulphur smell was strong.

Myvatn Natural Bath was short distance away. The concept is similar to Blue Lagoon, except it operate on a smaller scale. 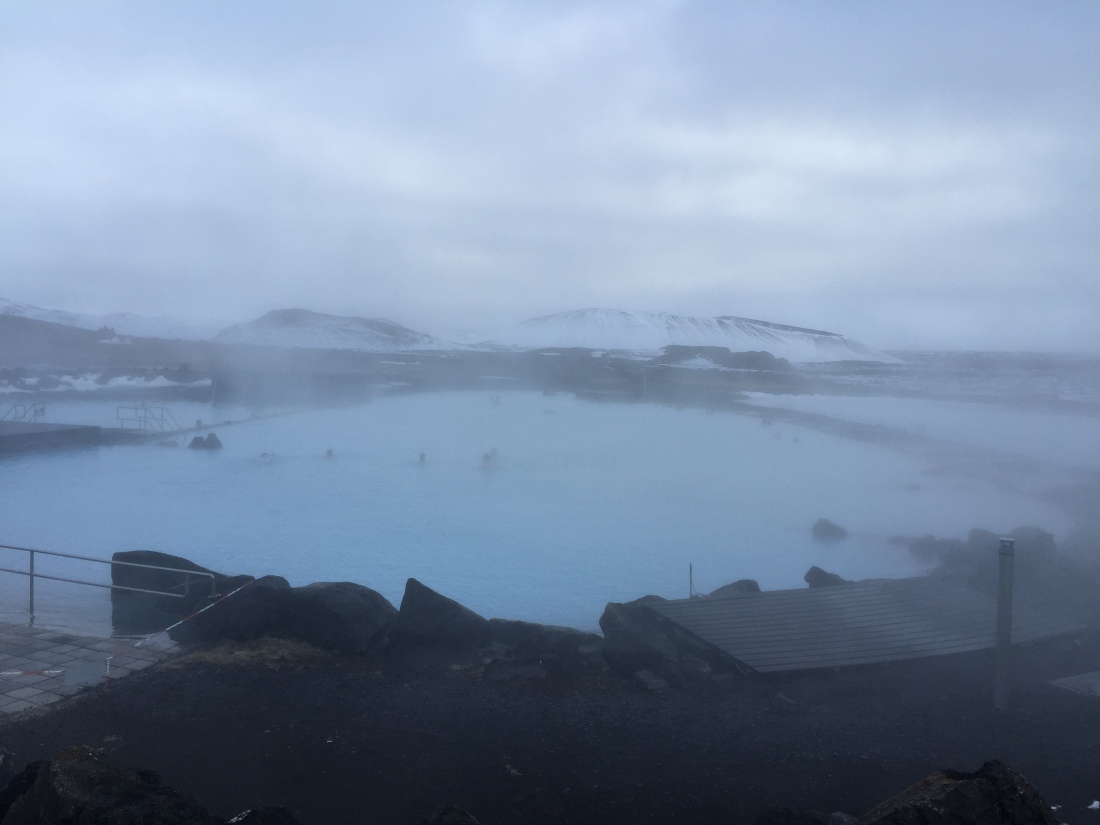 We have had very enjoyable time in the warm bath. The air temperature occasionally fell to zero degrees. 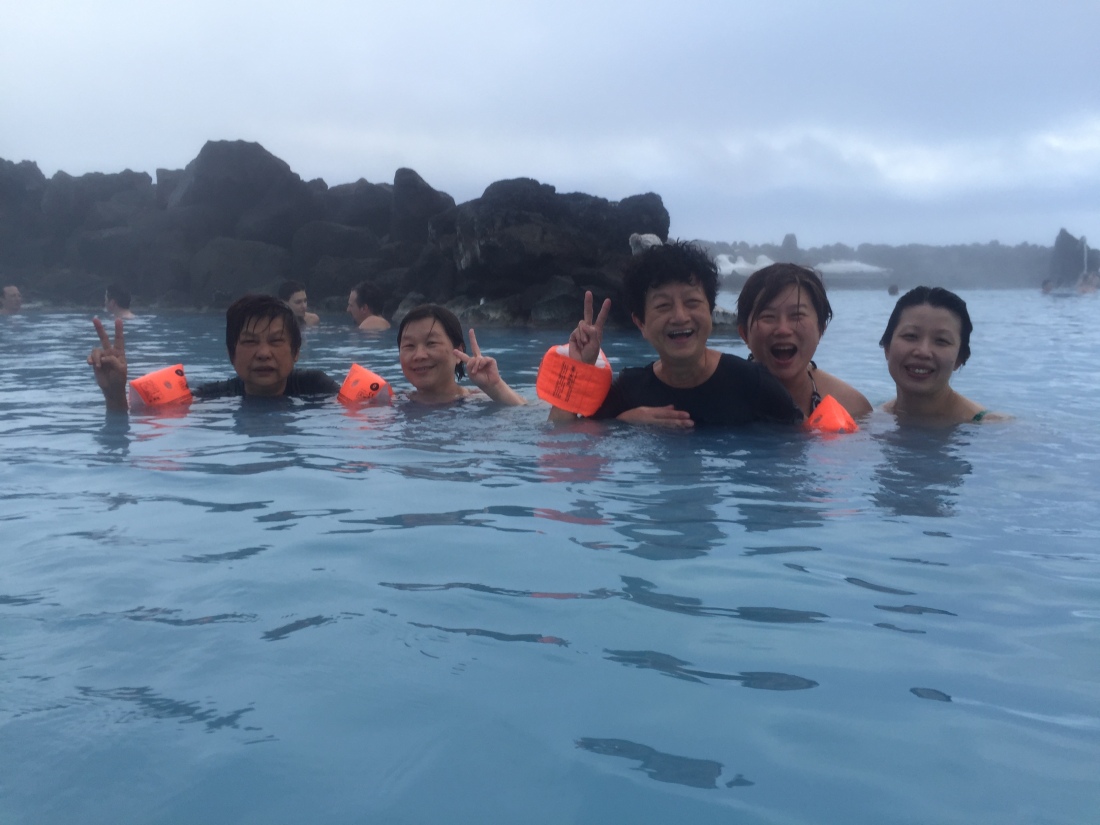 We had dinner at Gamli Bistro. 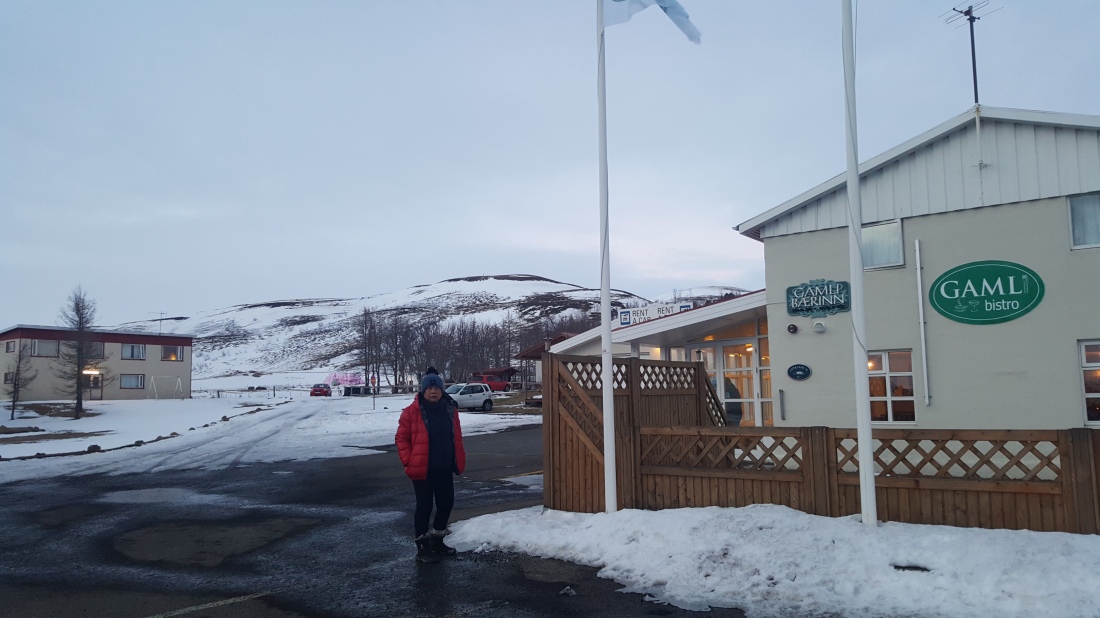 Sandwiches and burger…..were good too.

End of Day 6….. This was really northern country. Everywhere were sparkling white with temperature at sub zero. After a long stretch snowy drive…. the geothermal water at Myvatn Natural bath relieved me. It was relaxing and enjoyable 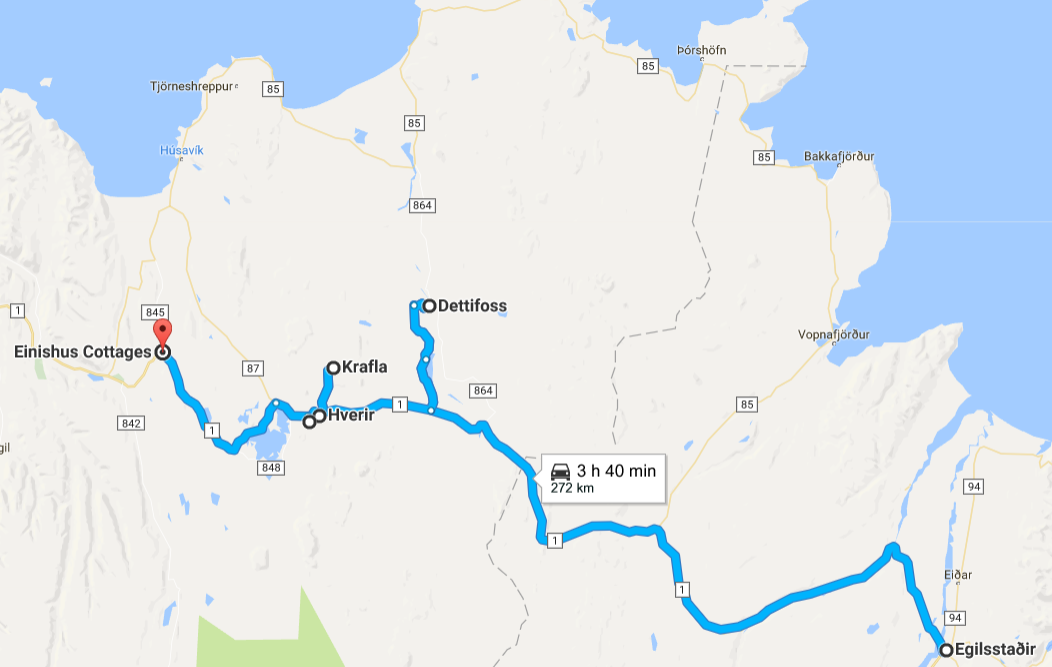