We had Maggie Mee with egg, ham and rocket for breakfast before leaving Buuble. Hot noodles in Cold weather –  delicious. 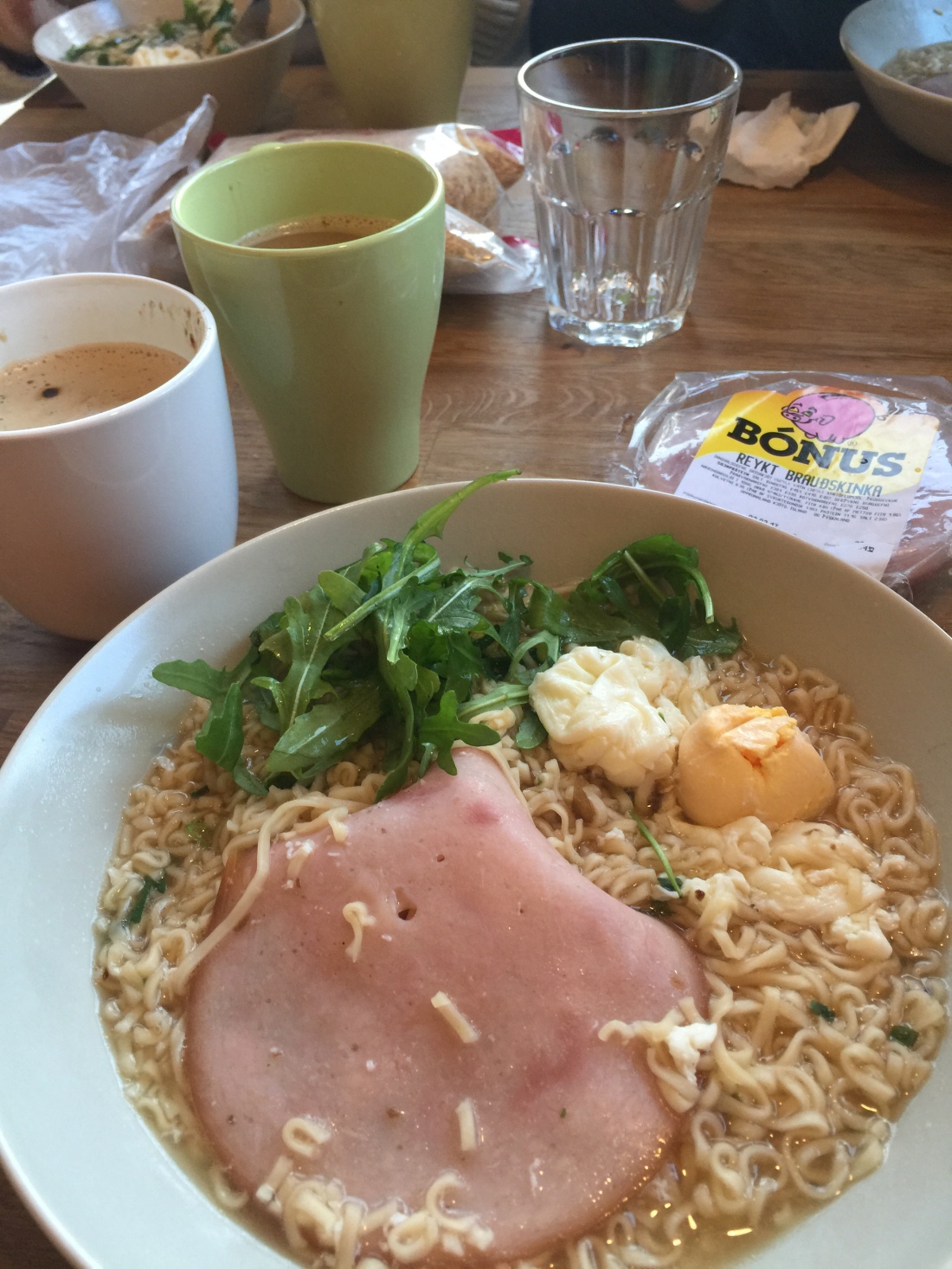 Our first stop Gullfoss. This was the most impressive waterfall that we had seen. Grand and aggressive with multiple facets. 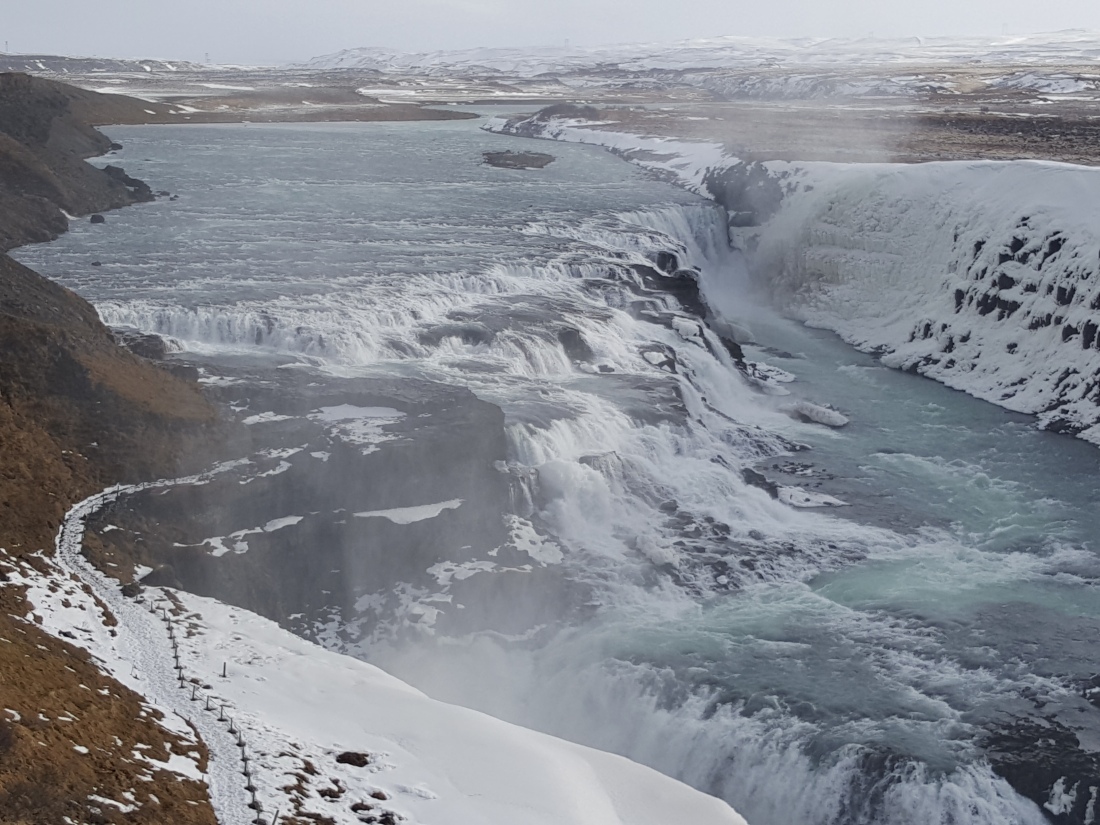 We lingered for a long time and started to feel freezing cold….we decided proceed to the next destination. 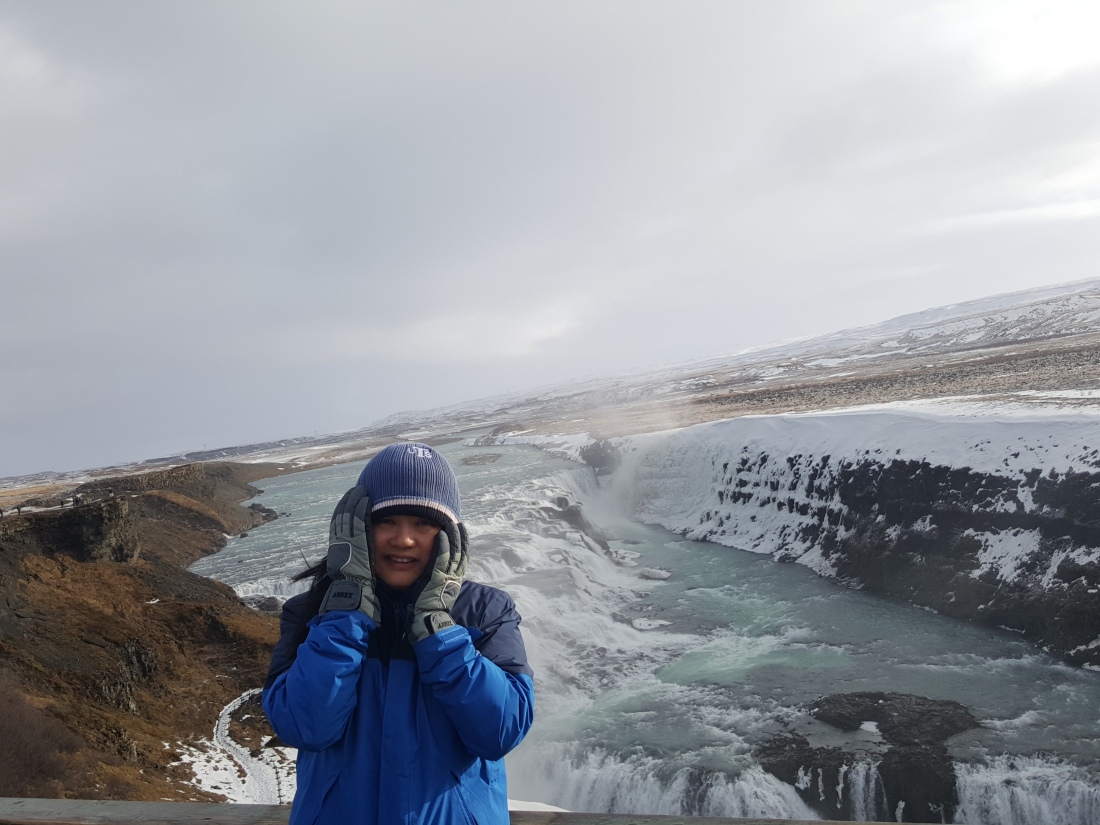 We moved on to The Geysir, which is a common name. Never mind the pit that erupted continuously was known as Strokkur. Here we captured a series of Pictures showing the eruption. 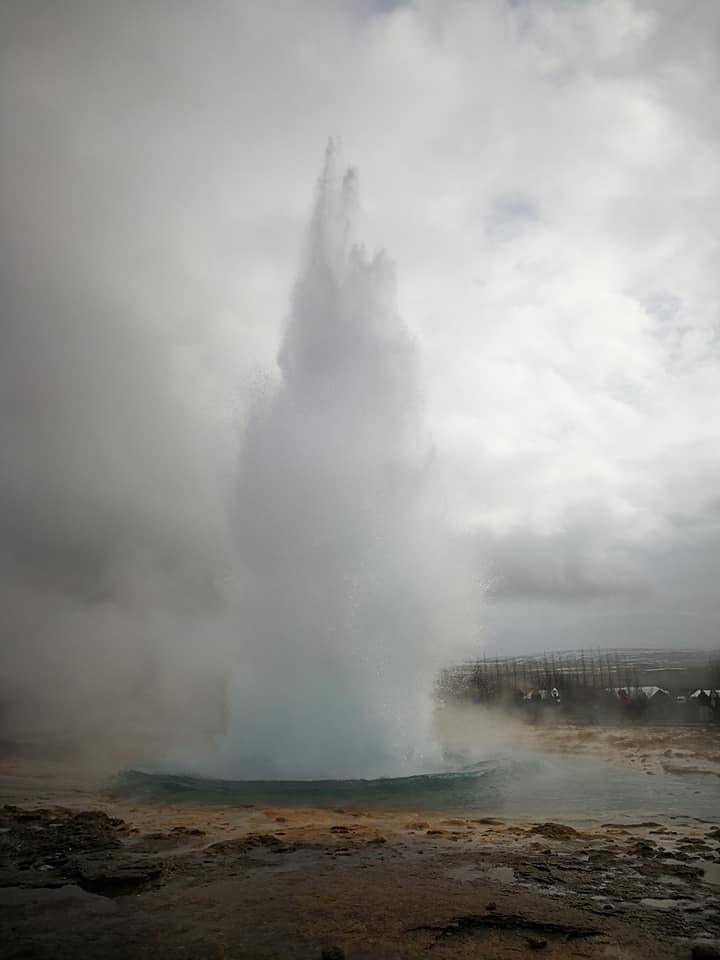 And we were very lucky to capture a double eruption ….

We had our late lunch at Geysir Center. We took a short detour and visited Skálholt Cathedral. A quiet and peaceful wonder.

Our next destination : Kerið Crater. Before we reached the site, it started to shower. This time I was the sole explorer. The crater was filled with ice and water – Called it crater lake. 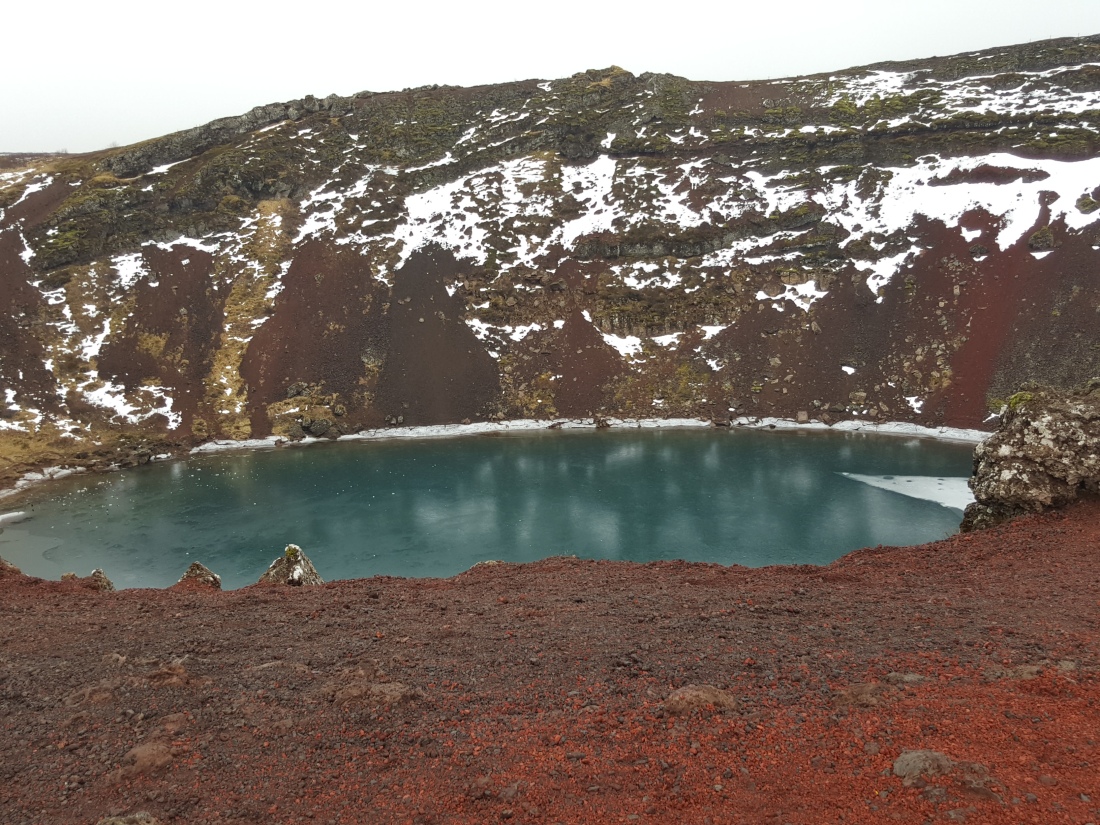 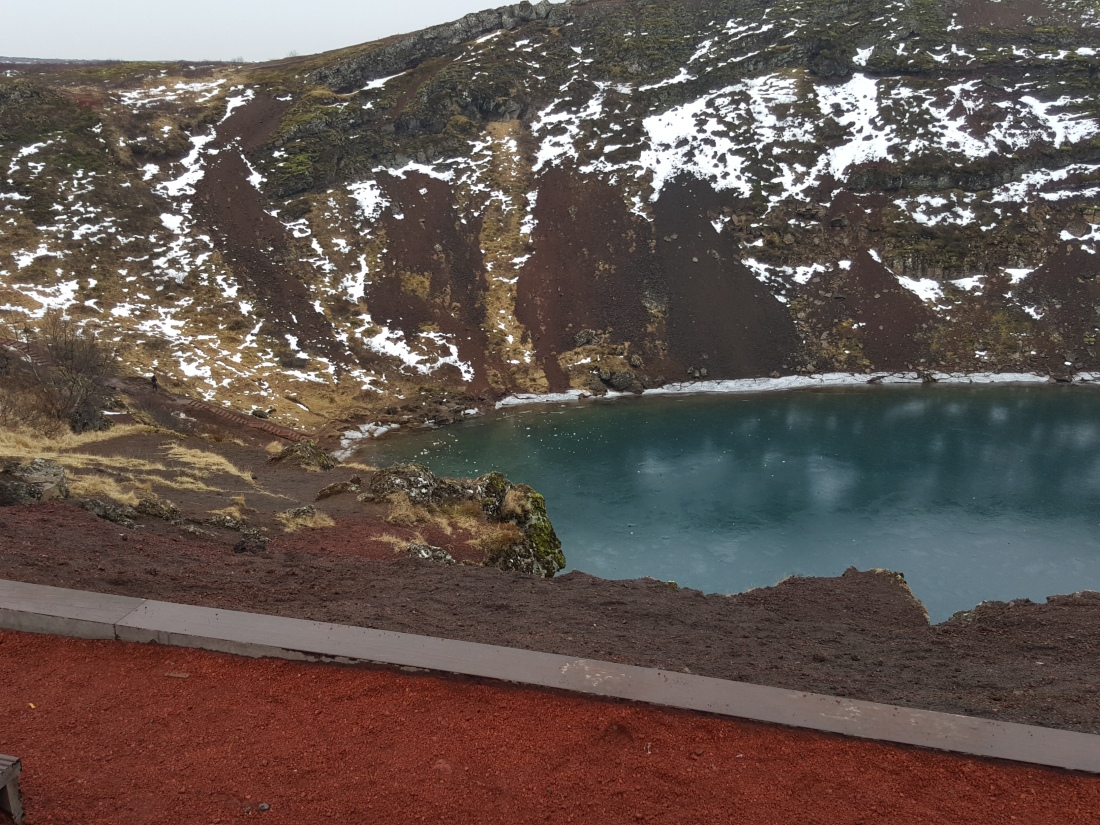 It was late afternoon, we headed back to Reykjavik. And it began to snow heavily.

We brought some grocery from Bonus Reykjavik and checked into our apartment. Cheryl returned her car to Blue car rental. I went to top up petrol and guess what – I lost my way and struggled for one hour to find Blue Car rental before I decided to give up and get back to the apartment.

Overall, we were very lucky to see the double eruption at Geysir…. this was exceptional rare. We had good time at Gullfoss and I will come back for the rainbow over Gullfoss sometime later.