Good Morning Kirkjufell. It was time to move on to Pingvellir National Park.

Just before Pingvellir National Park, many tourists stopped over frozen lake Leirvogsvatn and explored the lake on foot.

It was like a ice skating platform and we had performing artists.

It was almost noon when we arrived at Pingvellir National Park. We decided to have quick bite first. European couple joined us for lunch.

Looking down from the car park platform, the vast open land below were the place where the earlier Icelandic settler conducted their first parliament. Pingvellir means Field of Parliament. It will take a full day to explore the whole national park. 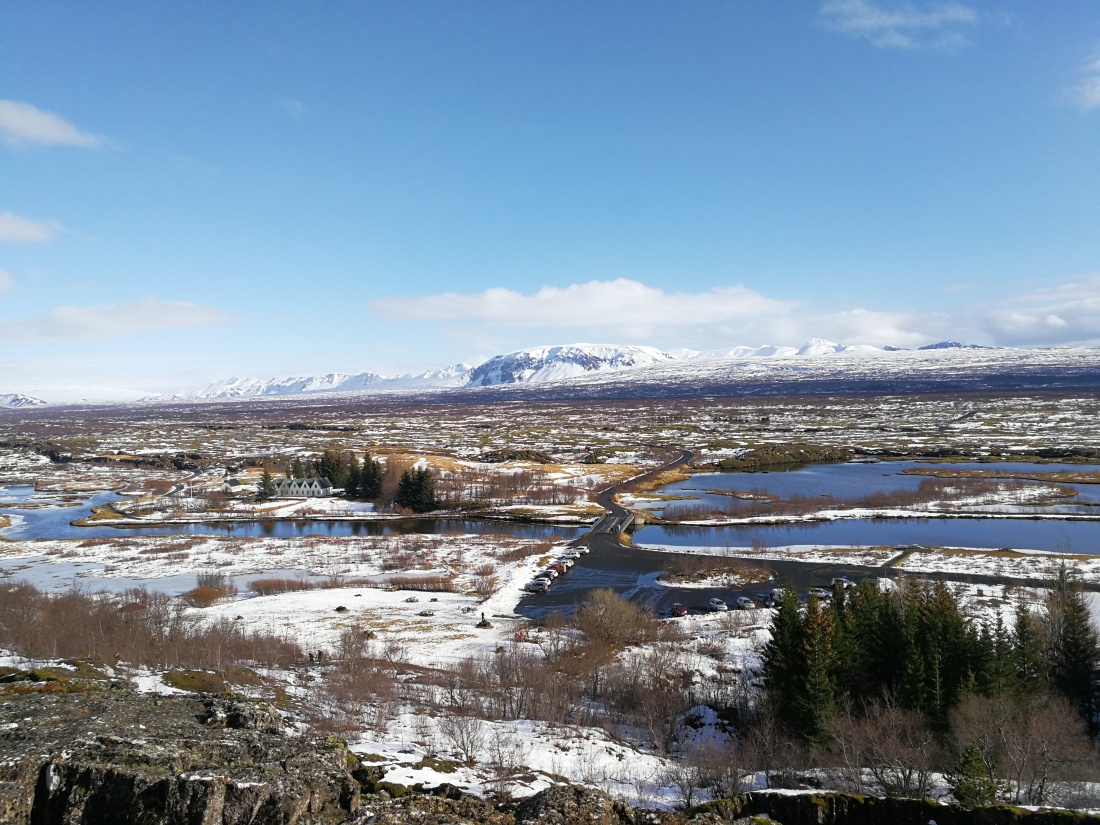 There are walk path for exploring the area. 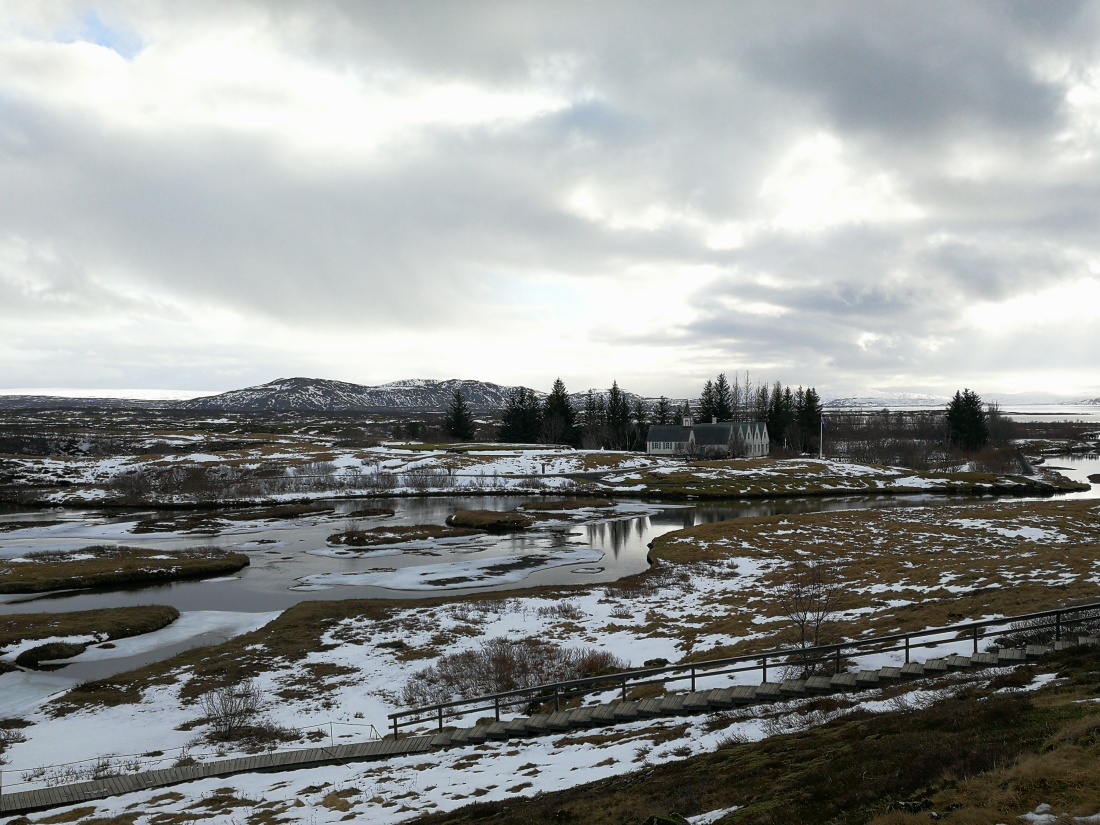 The entrance to walkway between the two tectonic plate start at one end of the car park.

Girls trying to bridge between the two continents. (they will be more successful if they had come here many years ago… the plate / wall drifted apart at a rate of one inch per year, so it was much closer many years ago) 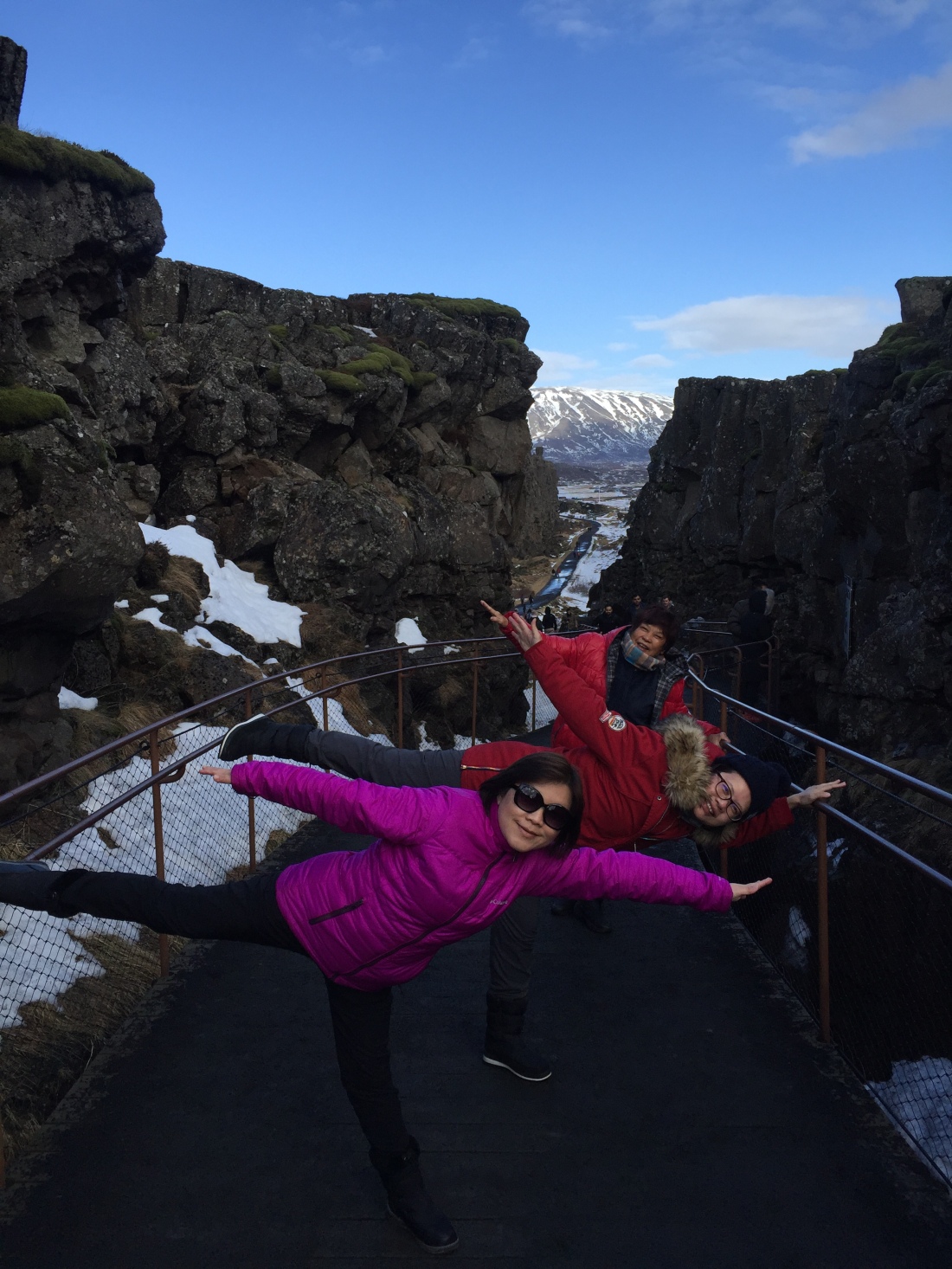 The rift get wider and wider as we went further away from the car park. 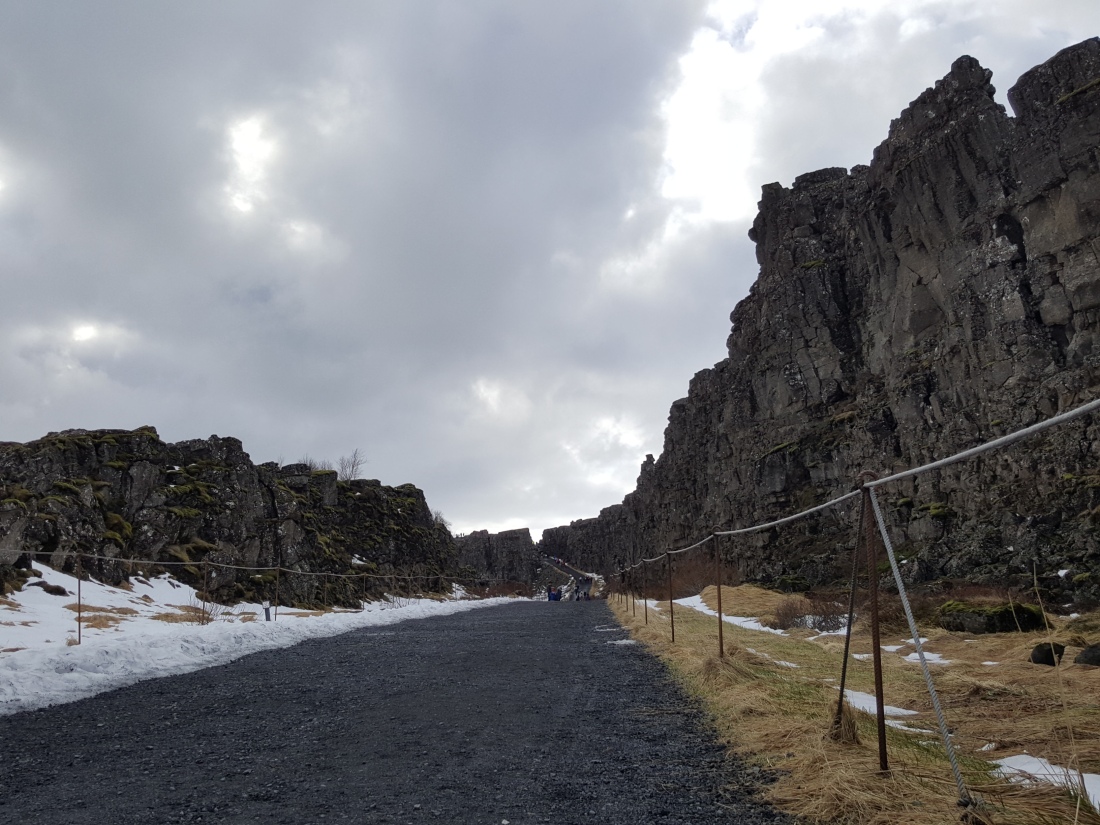 at some point, we saw stream flowing at the foot of the tectonic plate. 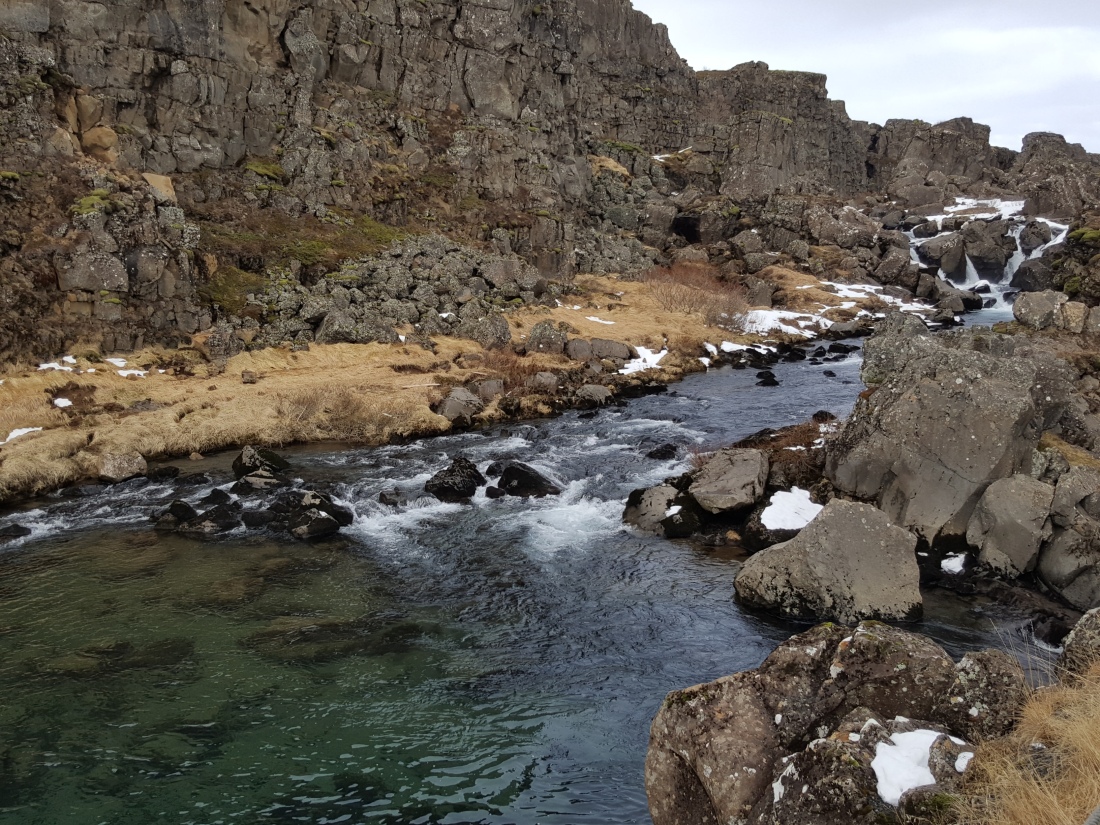 We spotted some natural stone arrangement, which reminded me of Zidane’s 2014 world cup headbutt incidence. So… everyone practiced headbutt…

Late afternoon, we moved to Buuble or 5 million stars Hotel. It was in a farmland around Reykholt area…. approaching Buuble.

The owner showed us where we would be staying for the night, how to get into each unit and the facilities in each unit. 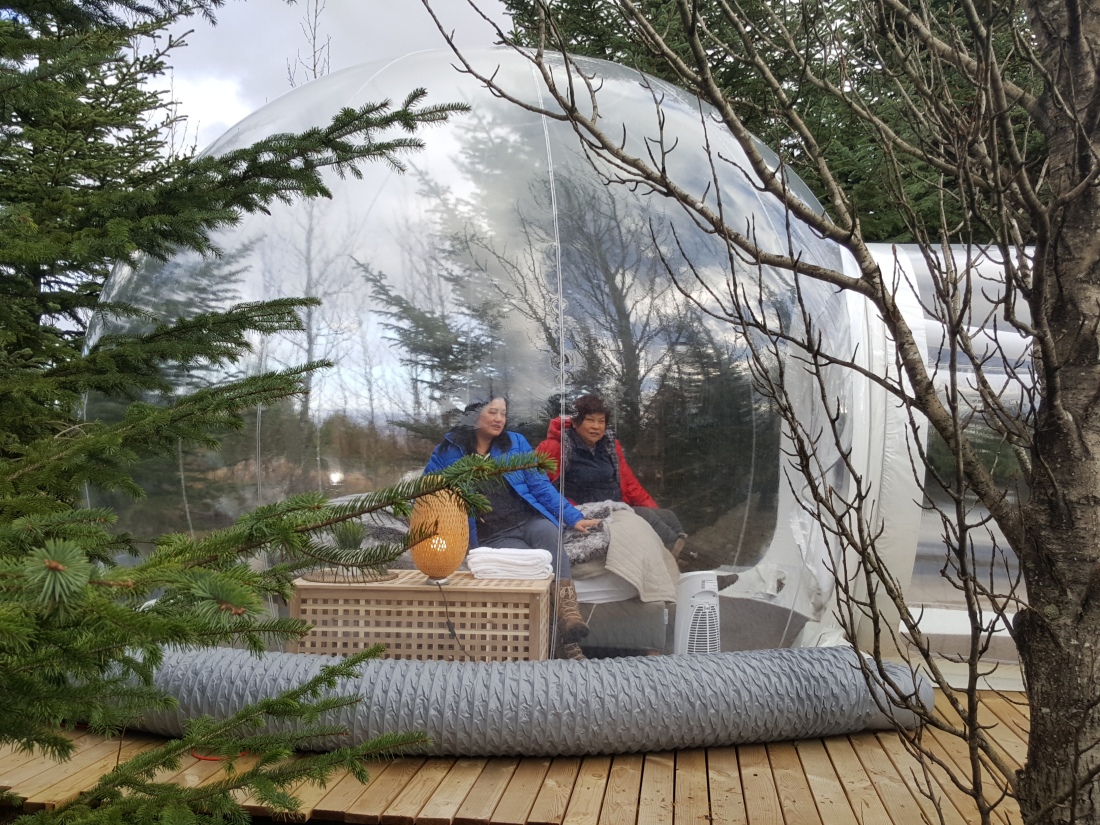 and another version of Buuble.

A friendly touch through buuble wall.

As it was still early, we drove off to Secret Lagoon. This lagoon is smaller than Myvatn thermal bath but it is popular among locals. 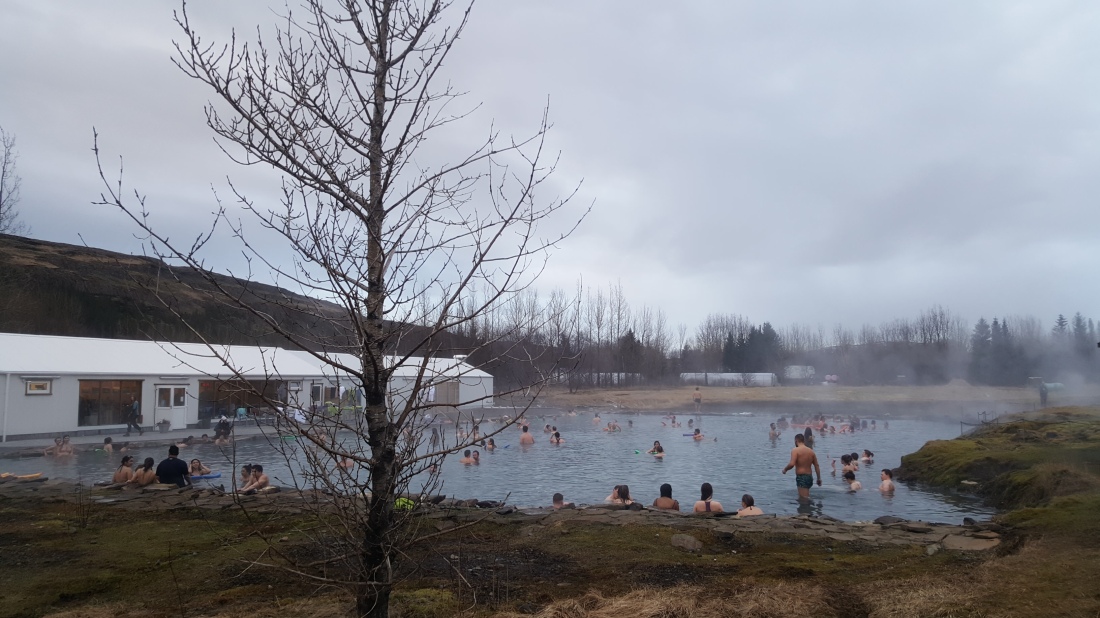 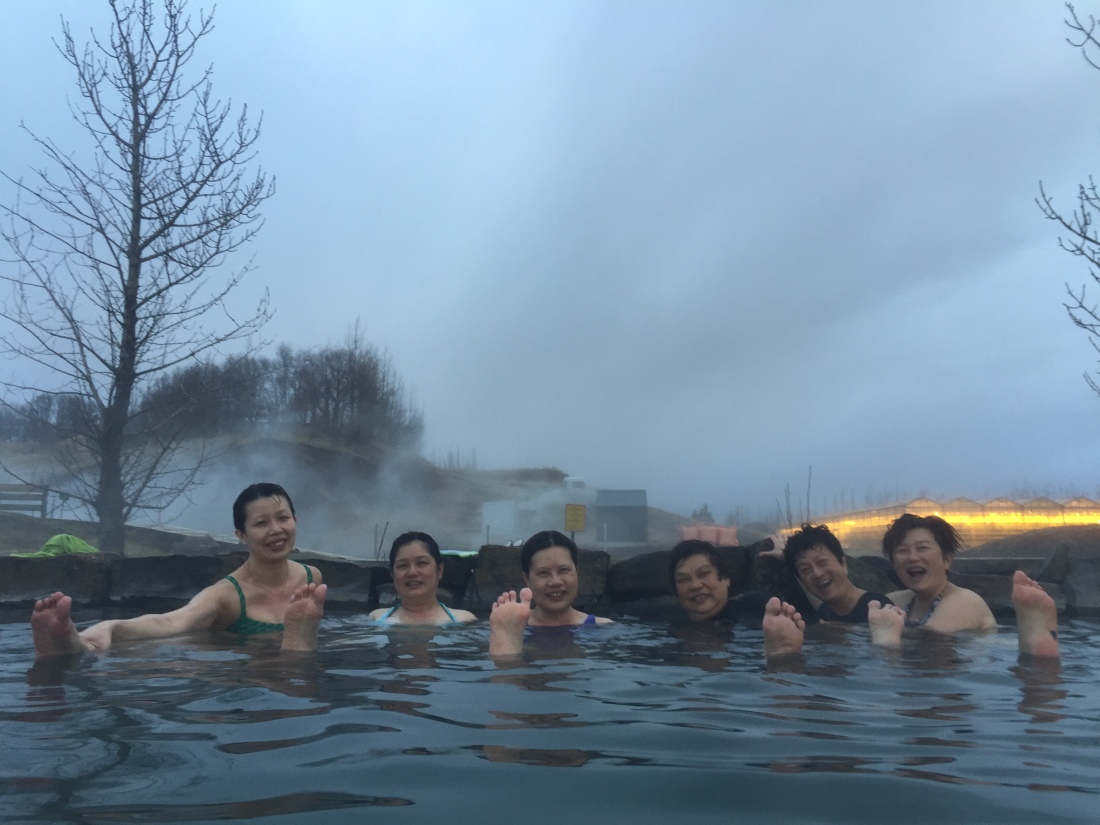 A close up on the geothermal greenhouse next to secret lagoon. A place we reserve for our next trip to Iceland.

We reached Buuble before sunset ….

Buuble at night…. Raining ! and we saw raindrops and no 5 million stars.

This was once in a lifetime experience, where I fully enjoyed Rhythm of the falling rain.

It was a slow and relaxing day. We enjoyed the dip at secret lagoon and we enjoyed the very special Buuble experience. We also managed to lay our hand on two continents. 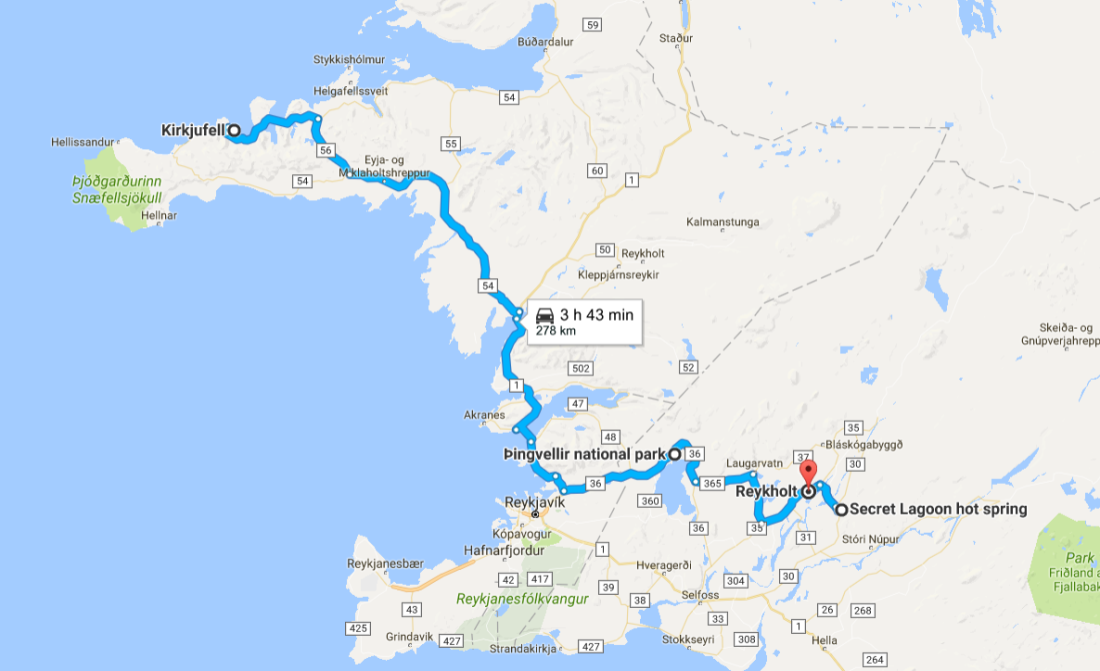