With daylight, we had a good look at the motel that we stayed. 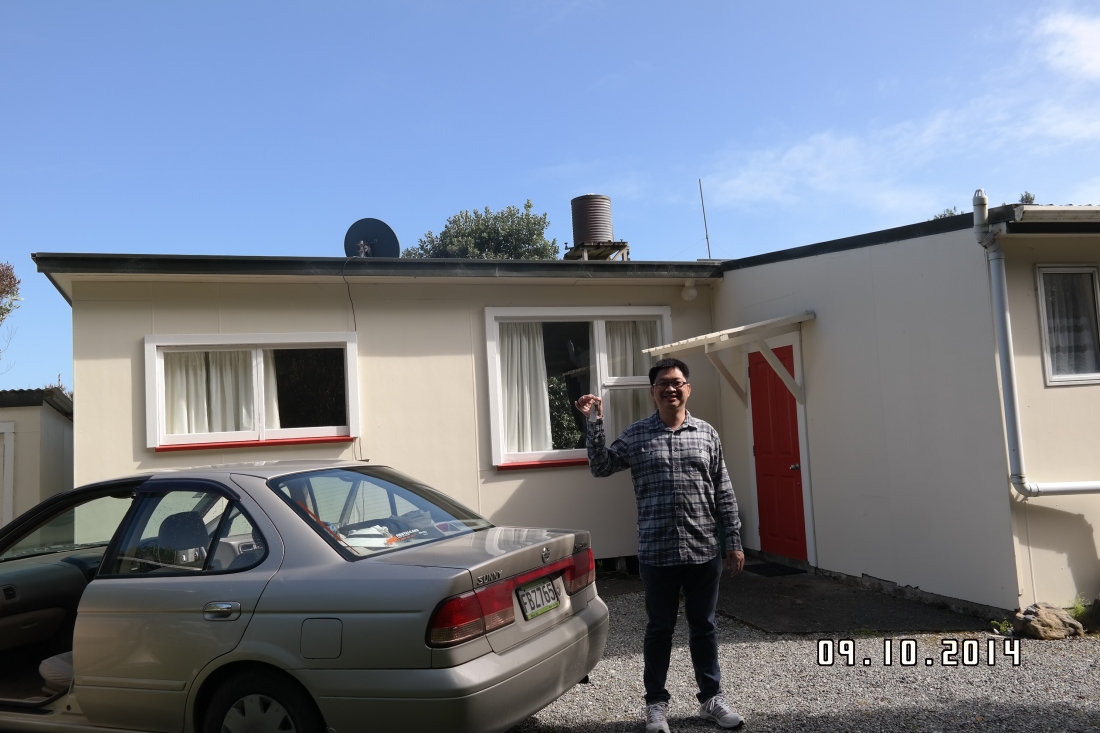 The Motel is on a narrow land strip between the rocky inland and the shore. 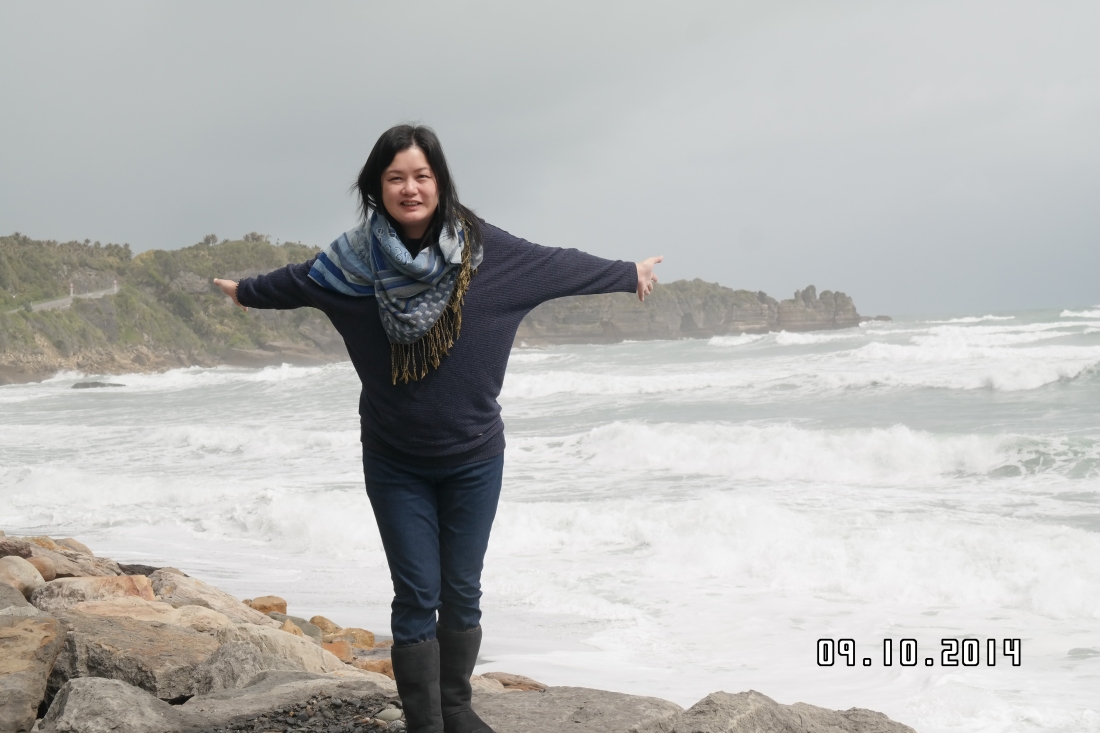 The splash created a misty front along the coast.

The pancake rocks and Blow holes was less than 2 KM from our motel.

A short walk from the entrance 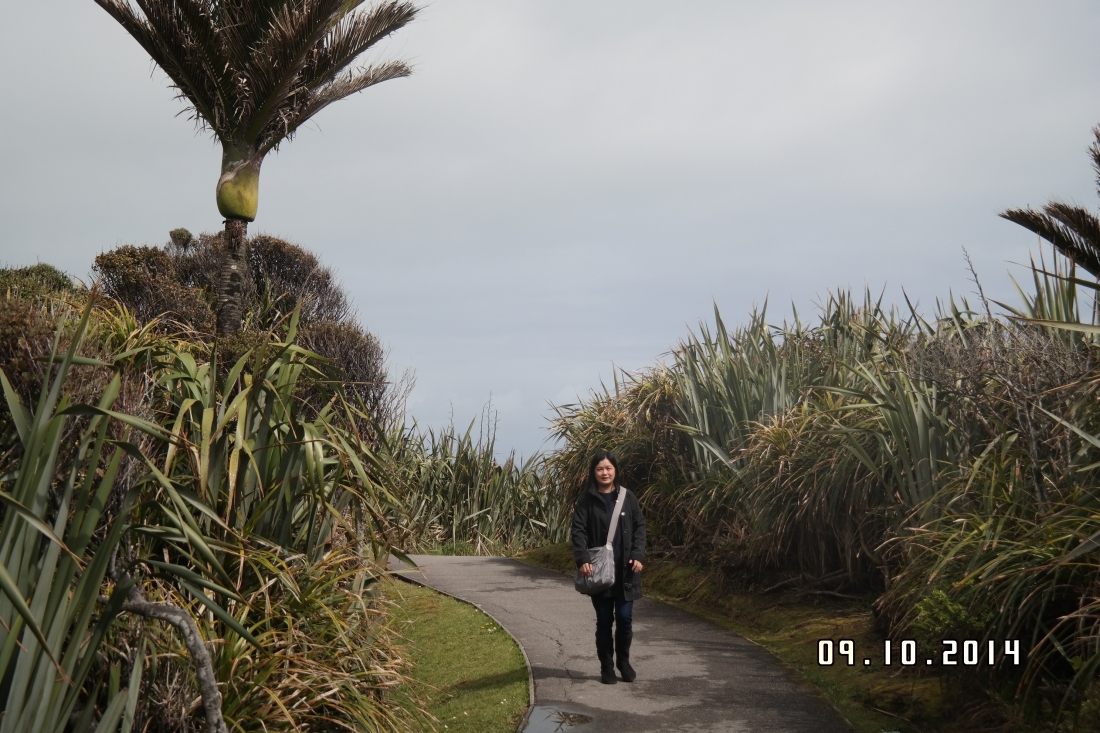 and the layers of Pancake 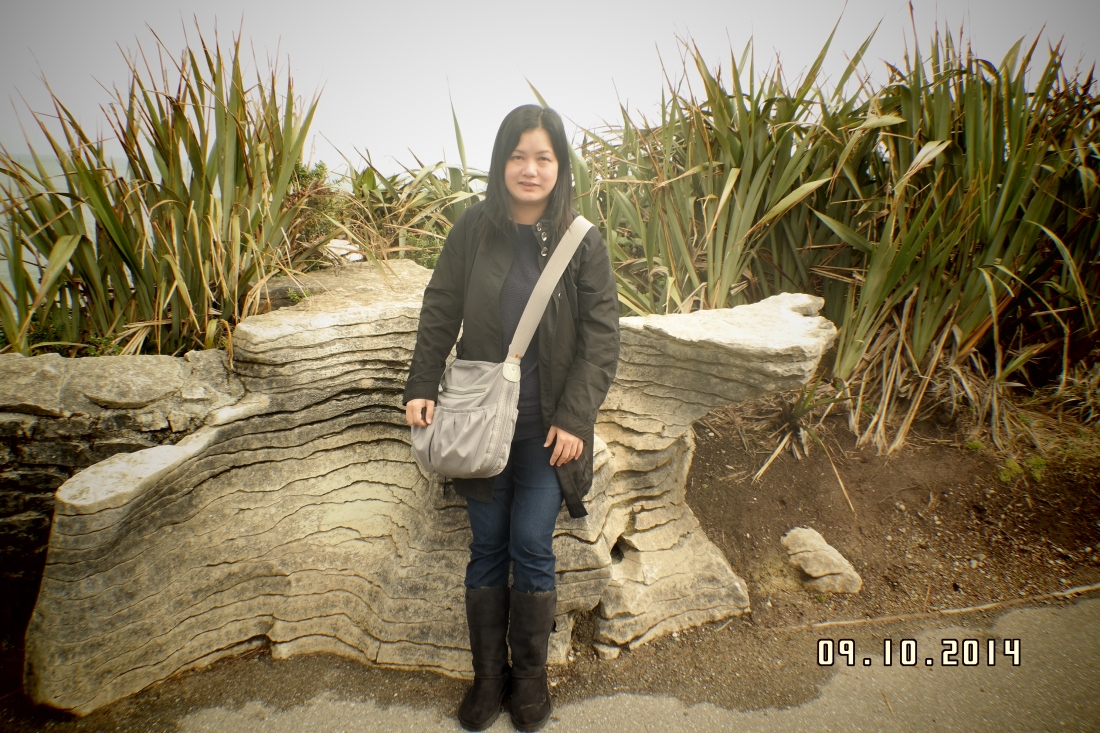 There are a lot of pancake rock columns standing along the coast.

Looking out at the pounding wave

The wave stormed inland through this gap. 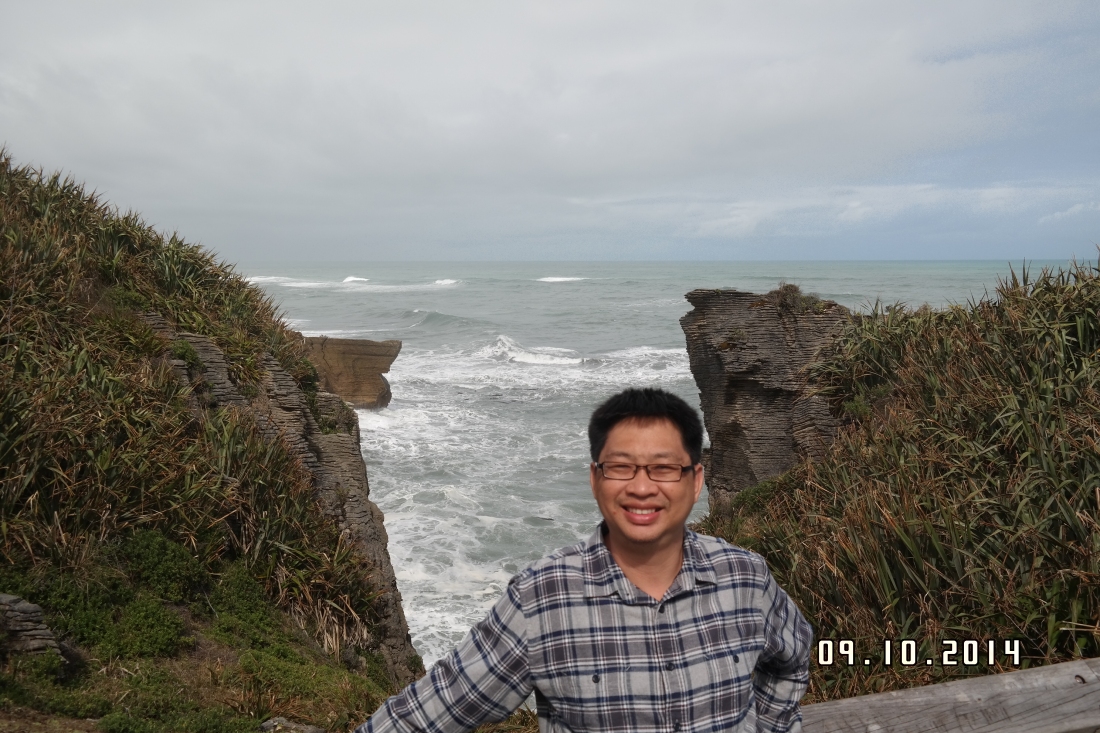 It ended with a splash between the pancake rock 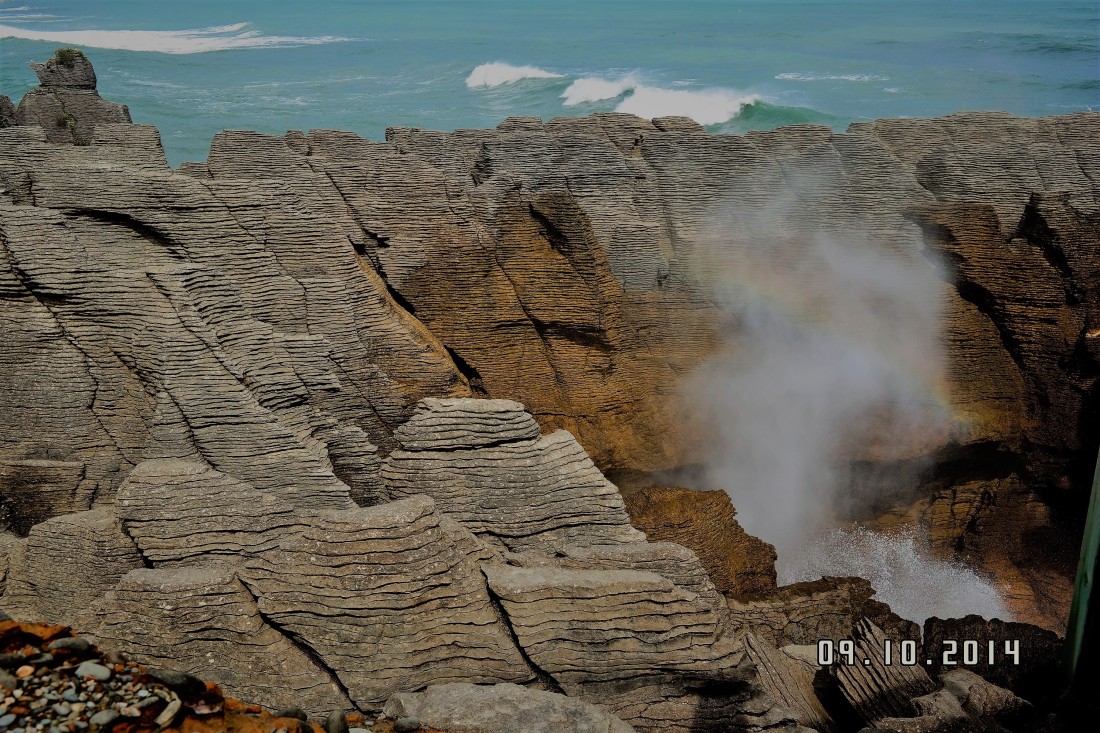 On the coastal walkway

A rectangular rock hole was carved out by the wave….

On one corner of this rectangular rock hole is this Chimney Pot. 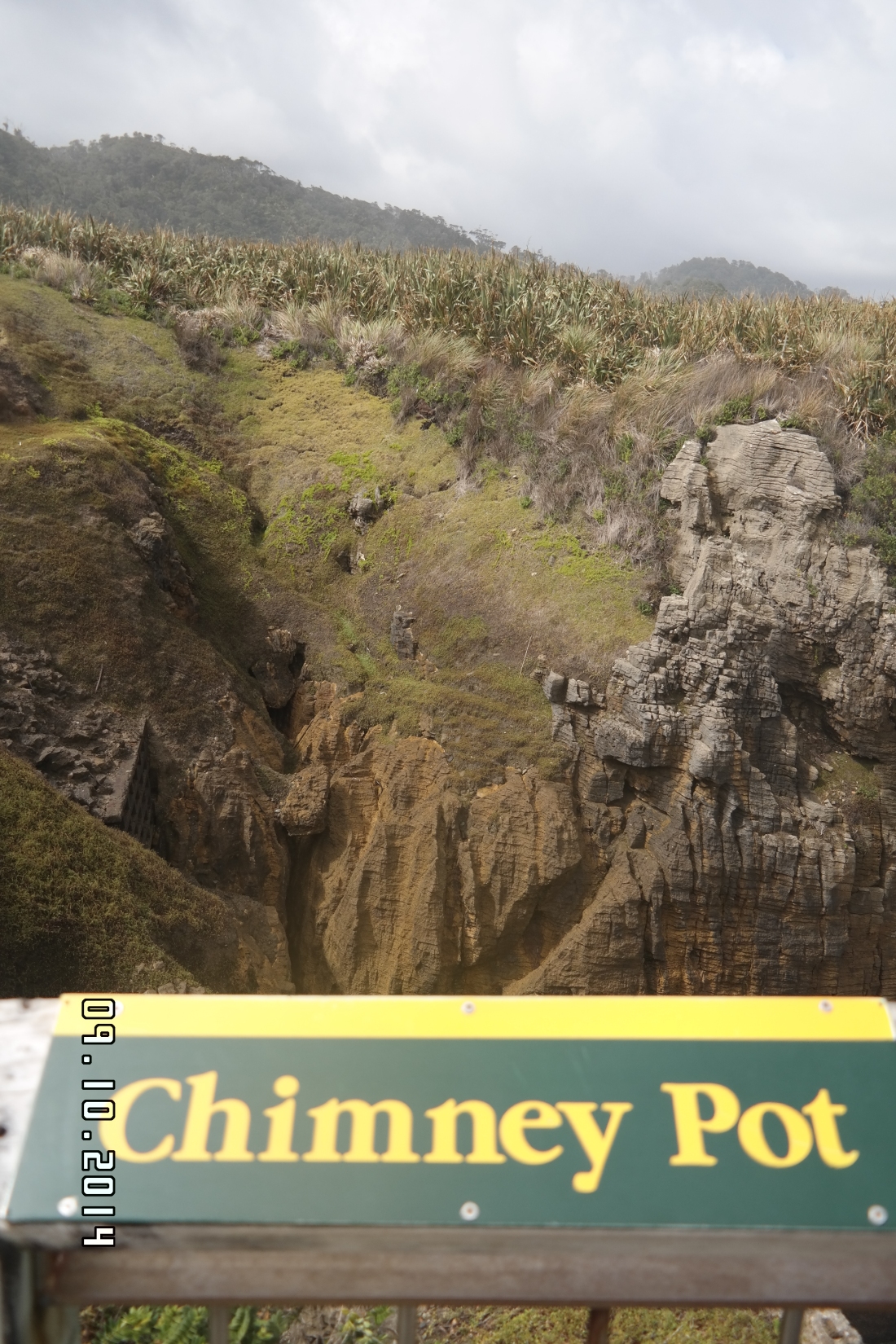 A last picture showing the quieter side of park.

It was about lunch time. We had good lunch at Punaikaiki Bistro. 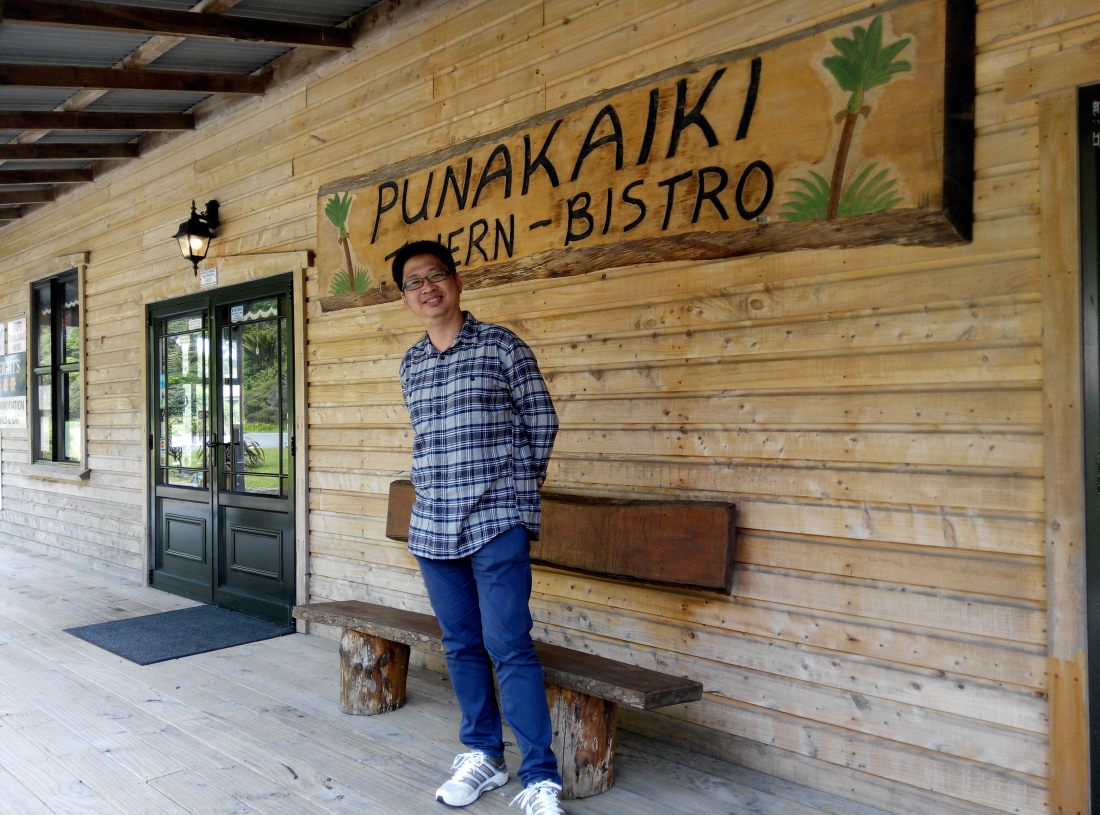 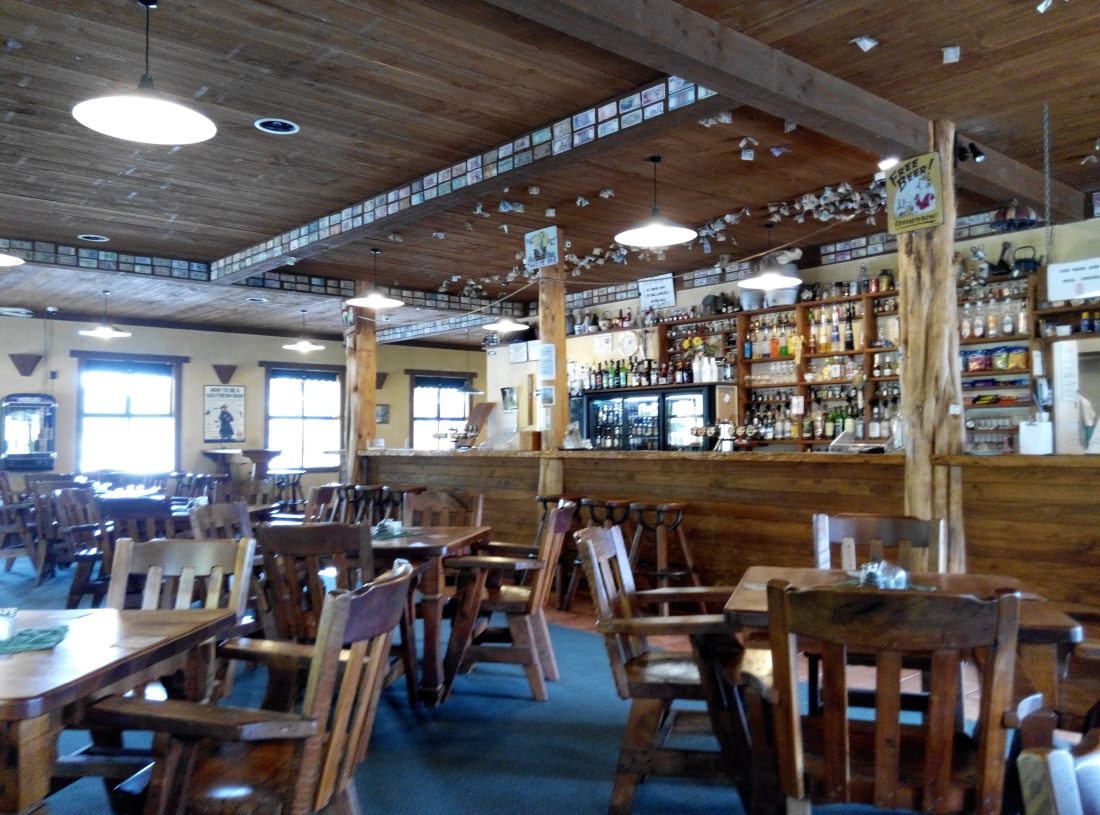 Wow……. surprisingly it was very good, especially the spaghetti. 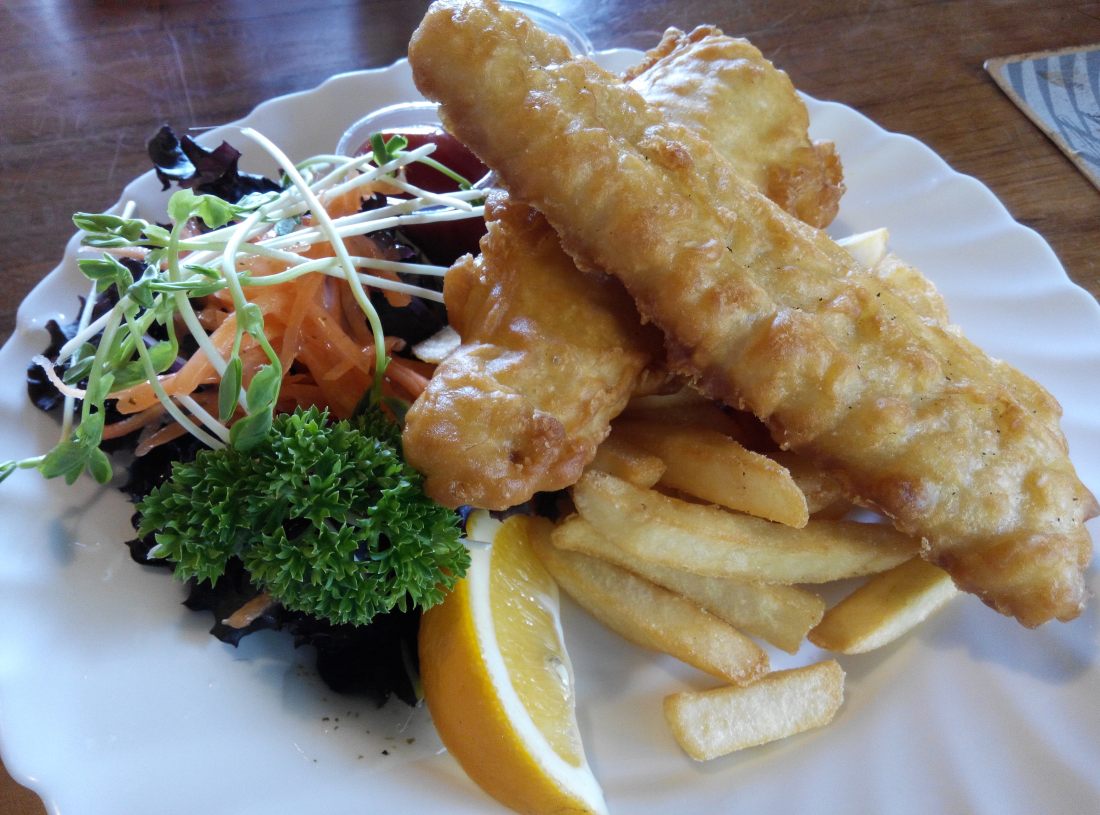 Horse riding outside the bistro. 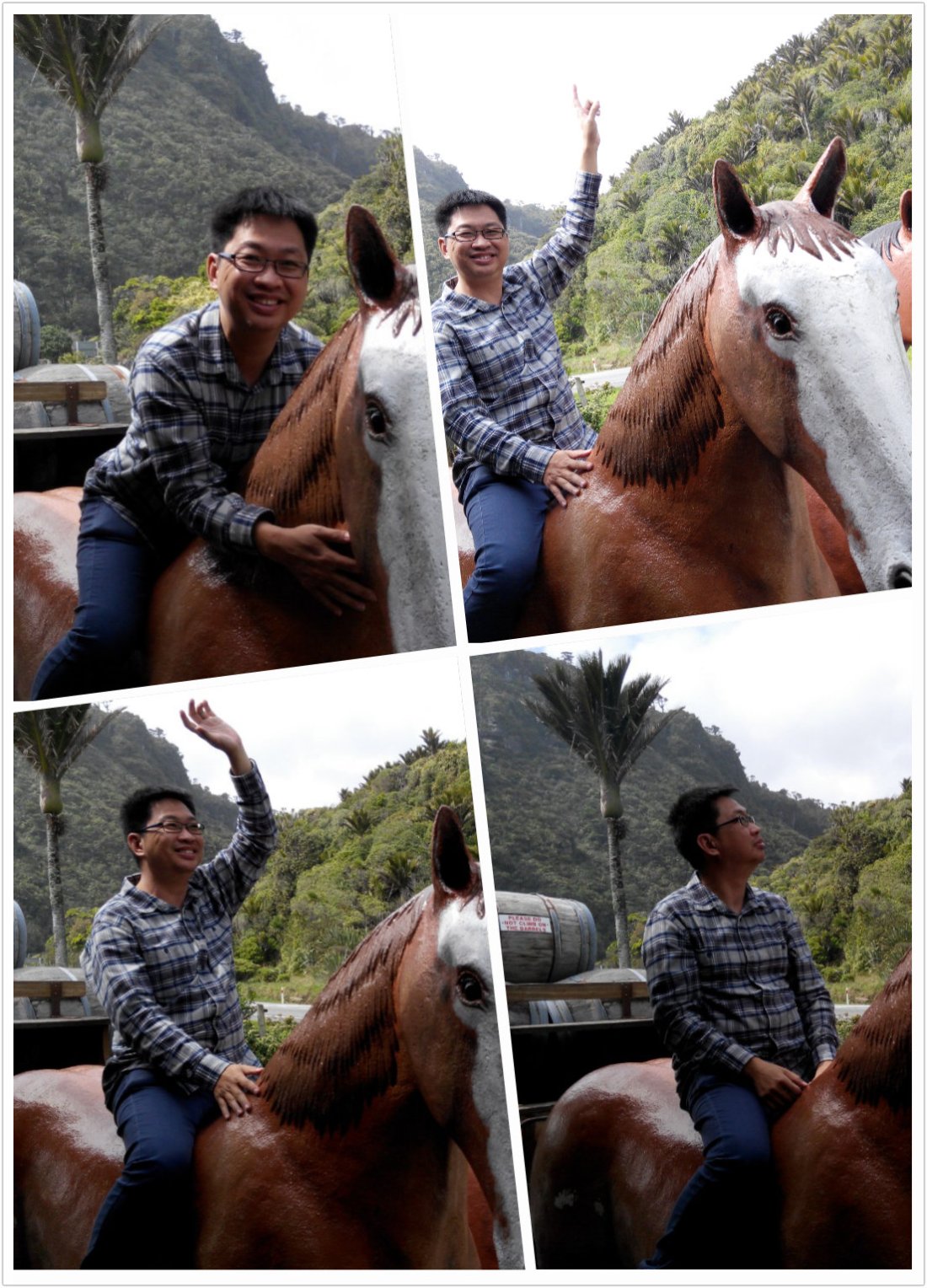 Our Picture at a stopover. 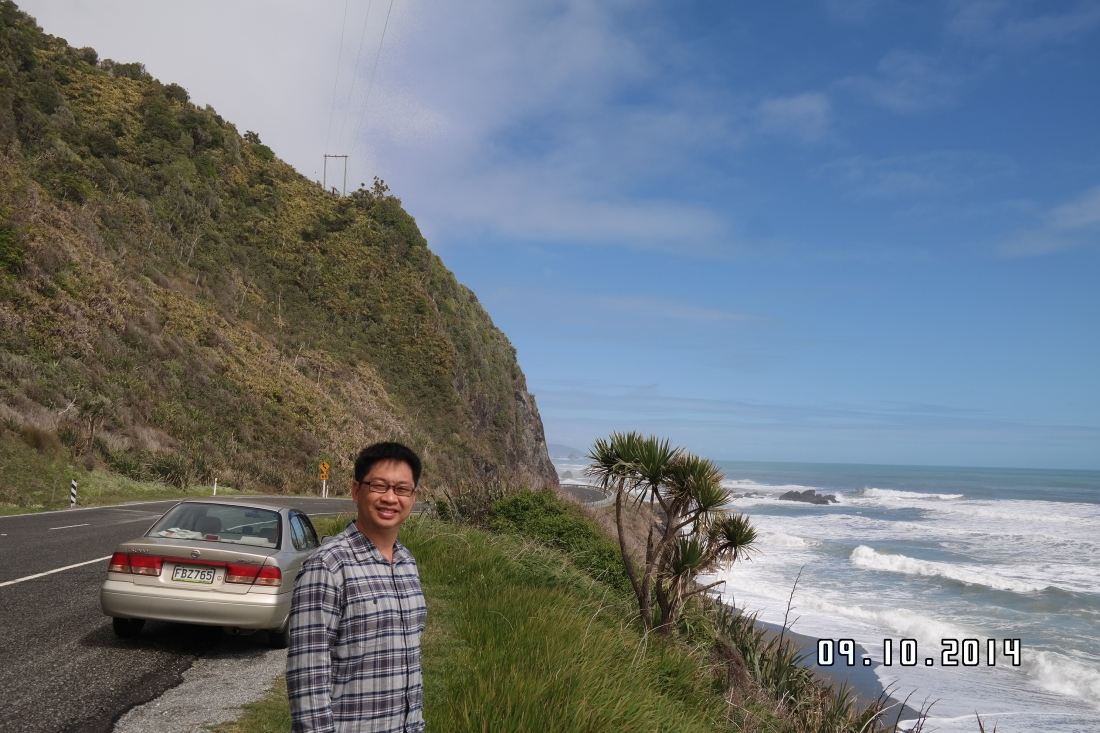 Another stop at a picnic point

Lost Kids on this stormy beach ??? 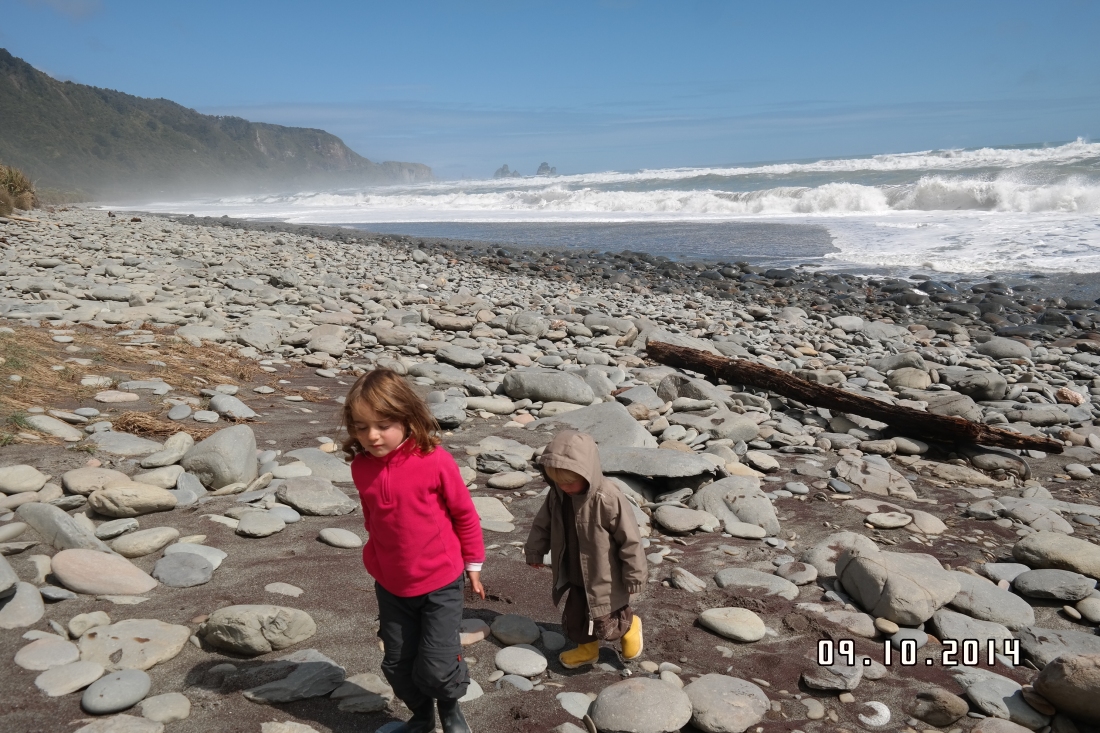 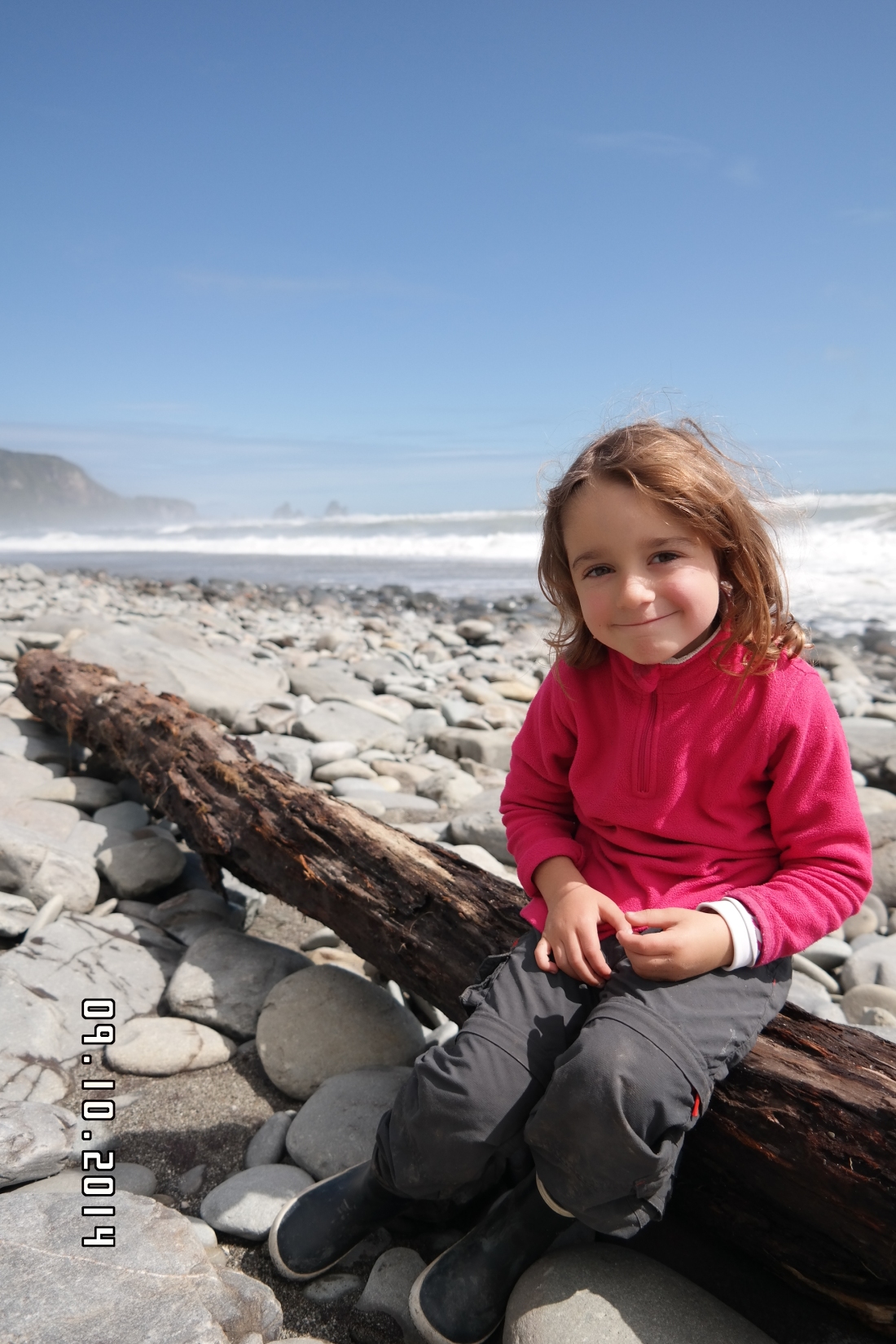 Their parents were arranging their lunch…we said good bye to the very friendly family and continued our journey to Greymouth. 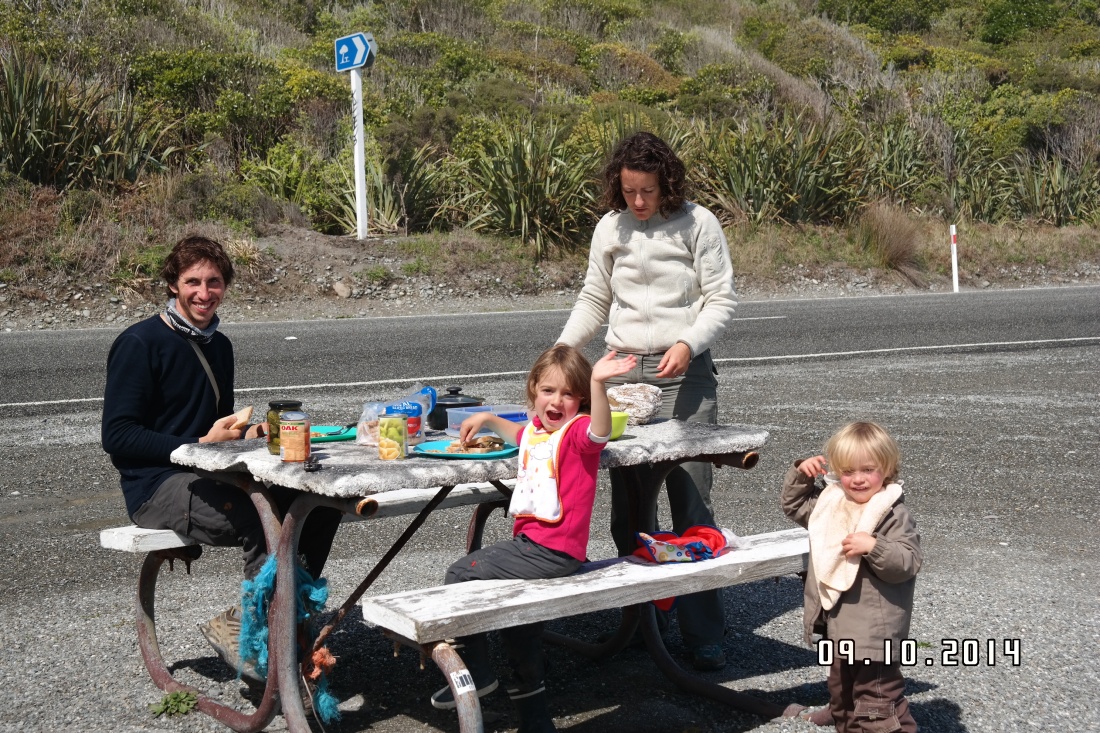 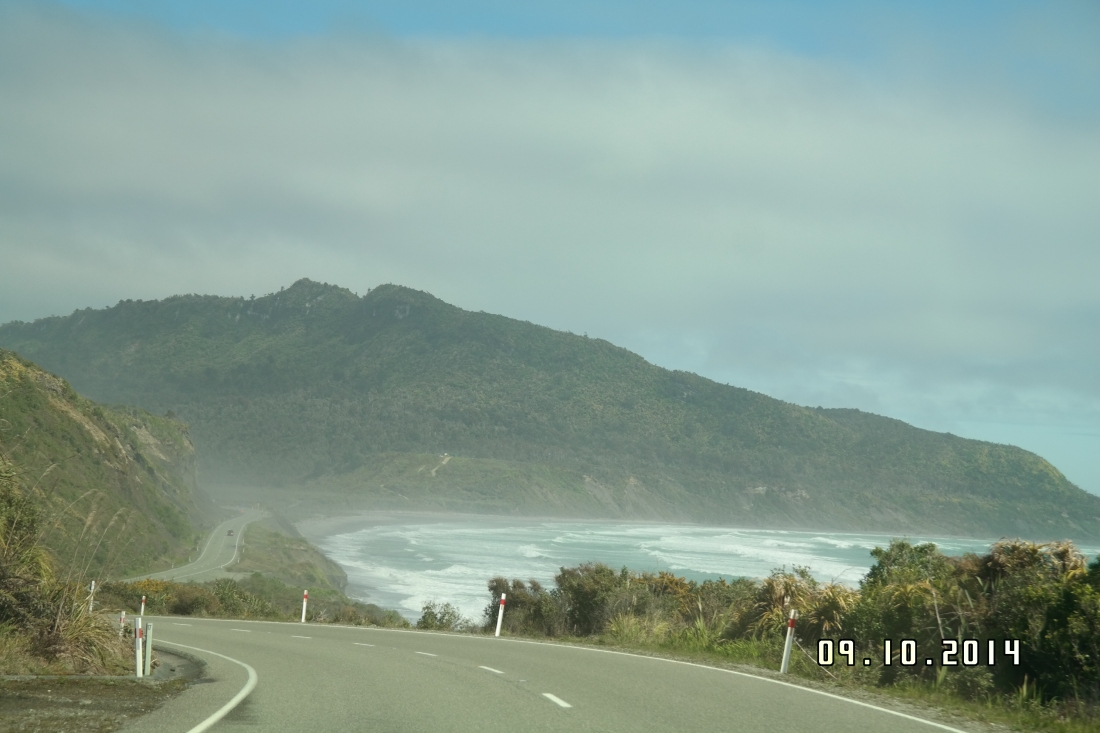 We had some leisure shopping at Greymouth 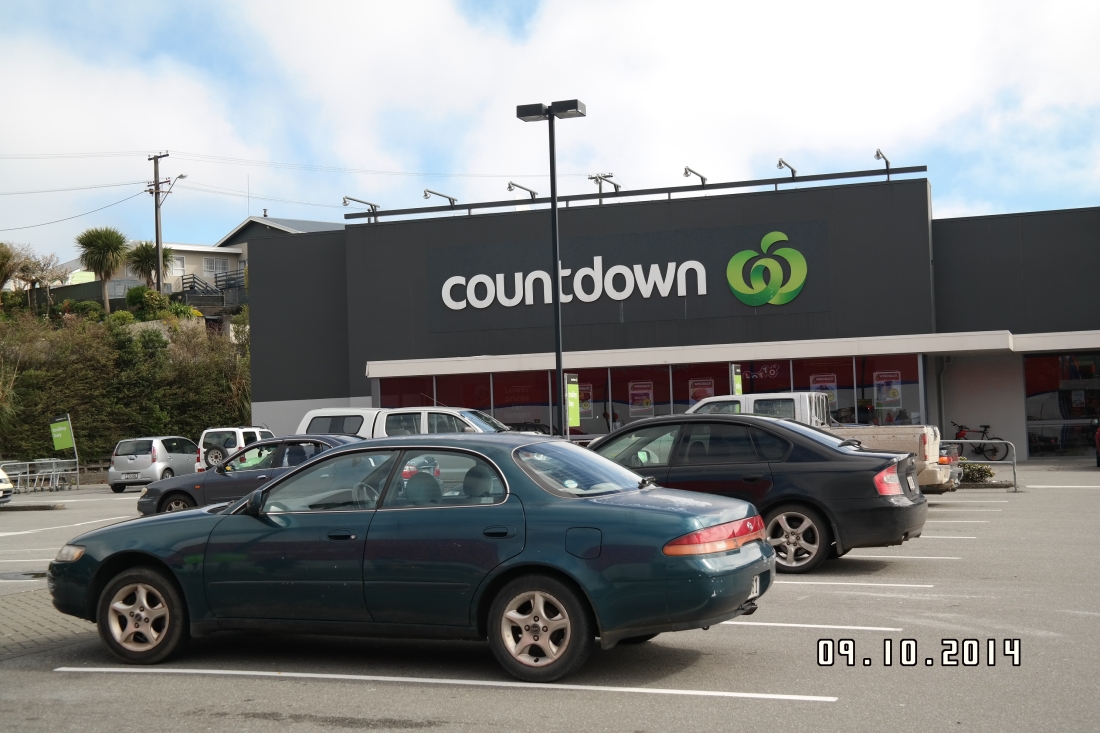 We checked into Scenic Land Motel…. carrying all the food stuff into the unit.

After dinner, we drove to Greymouth Beach. Walking to Beach 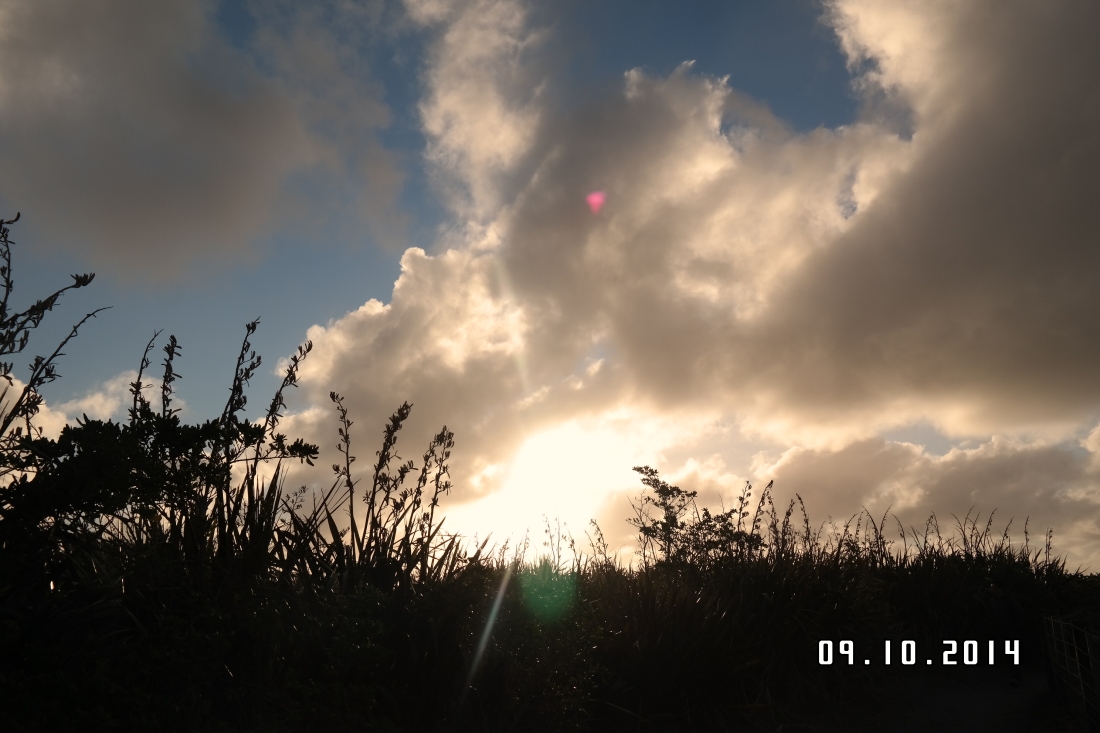 … on a Lonely Beach 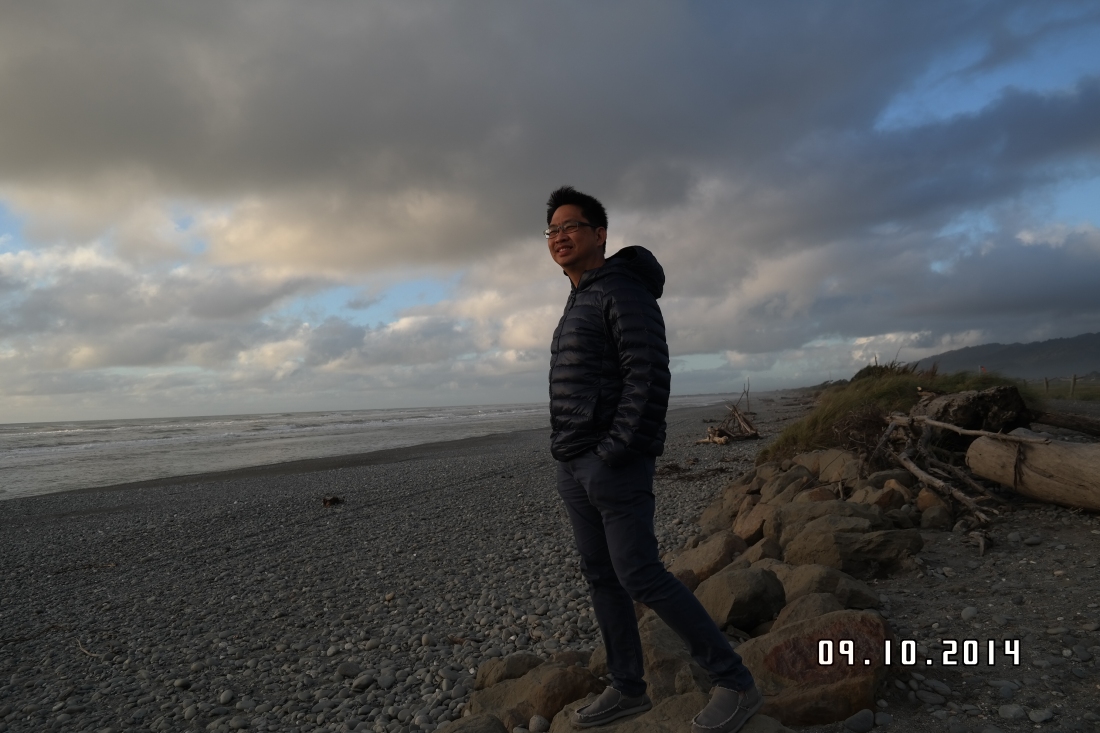 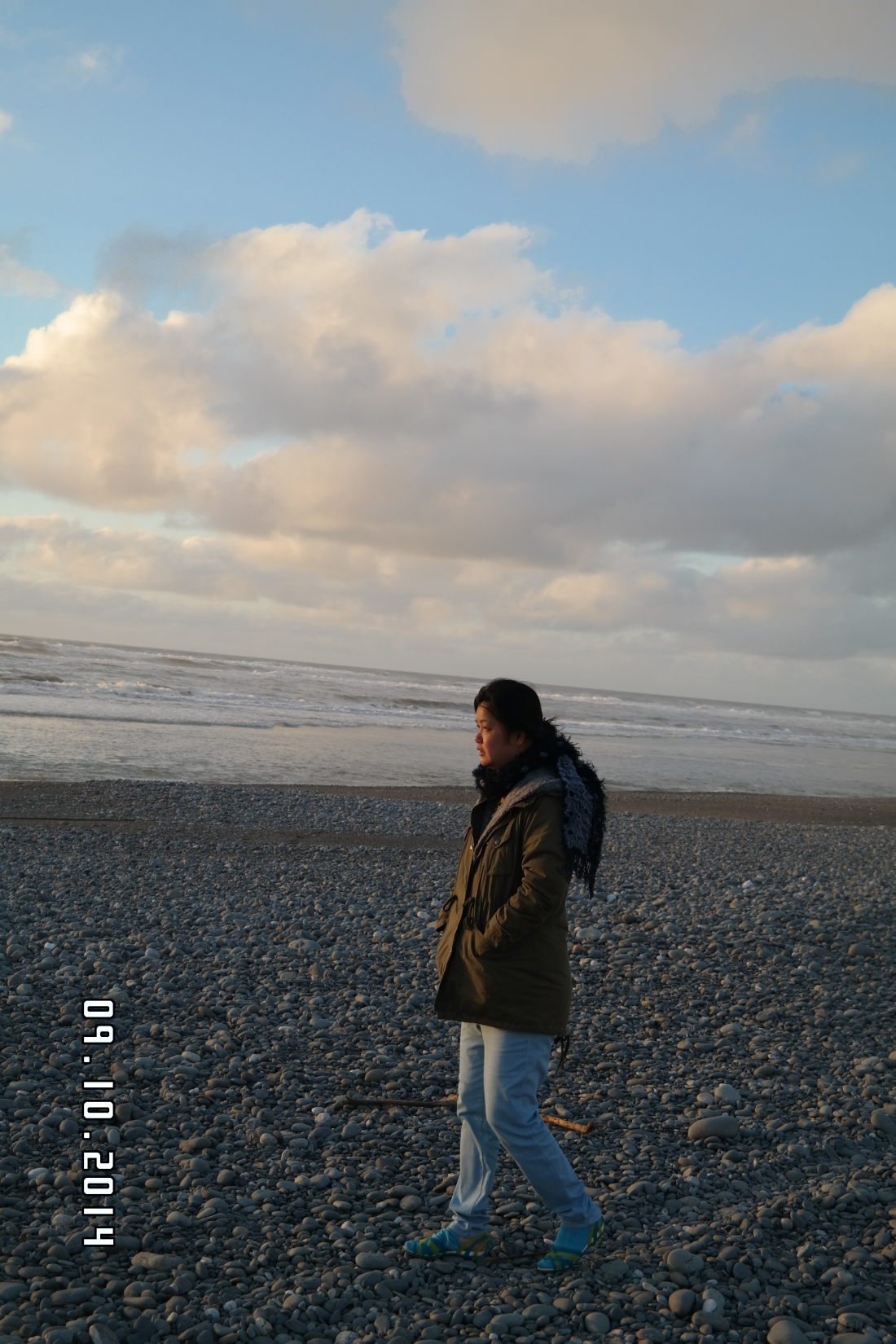 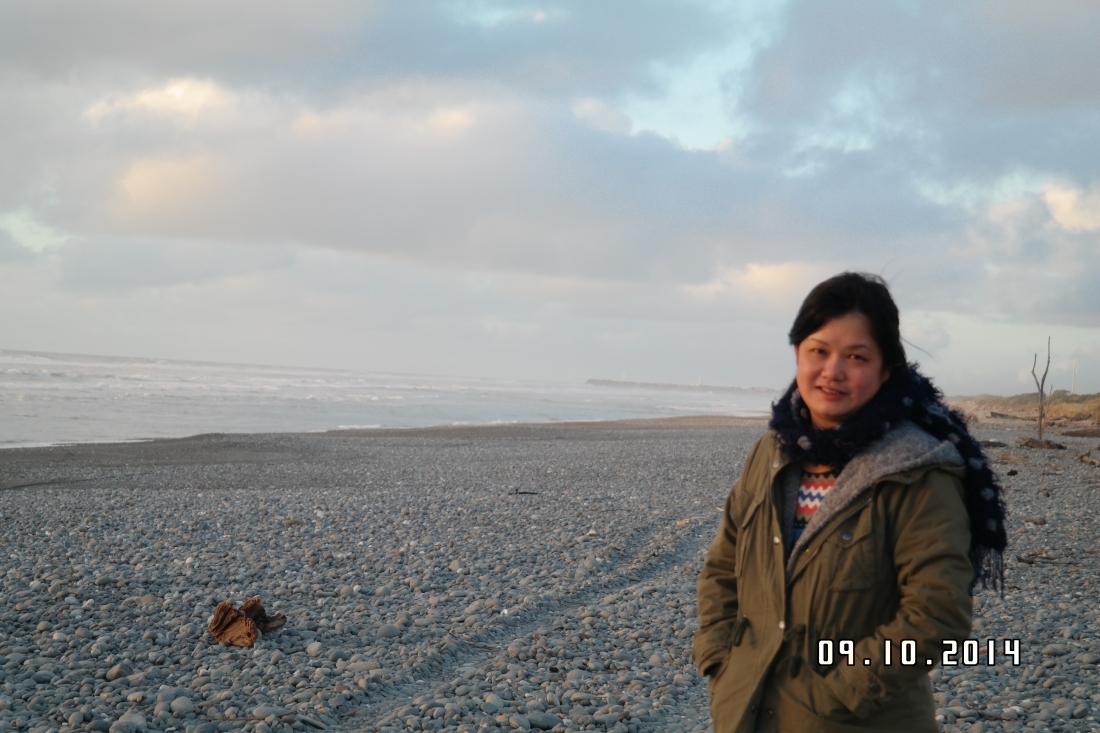 setting up Camera for Sunset Pictures. 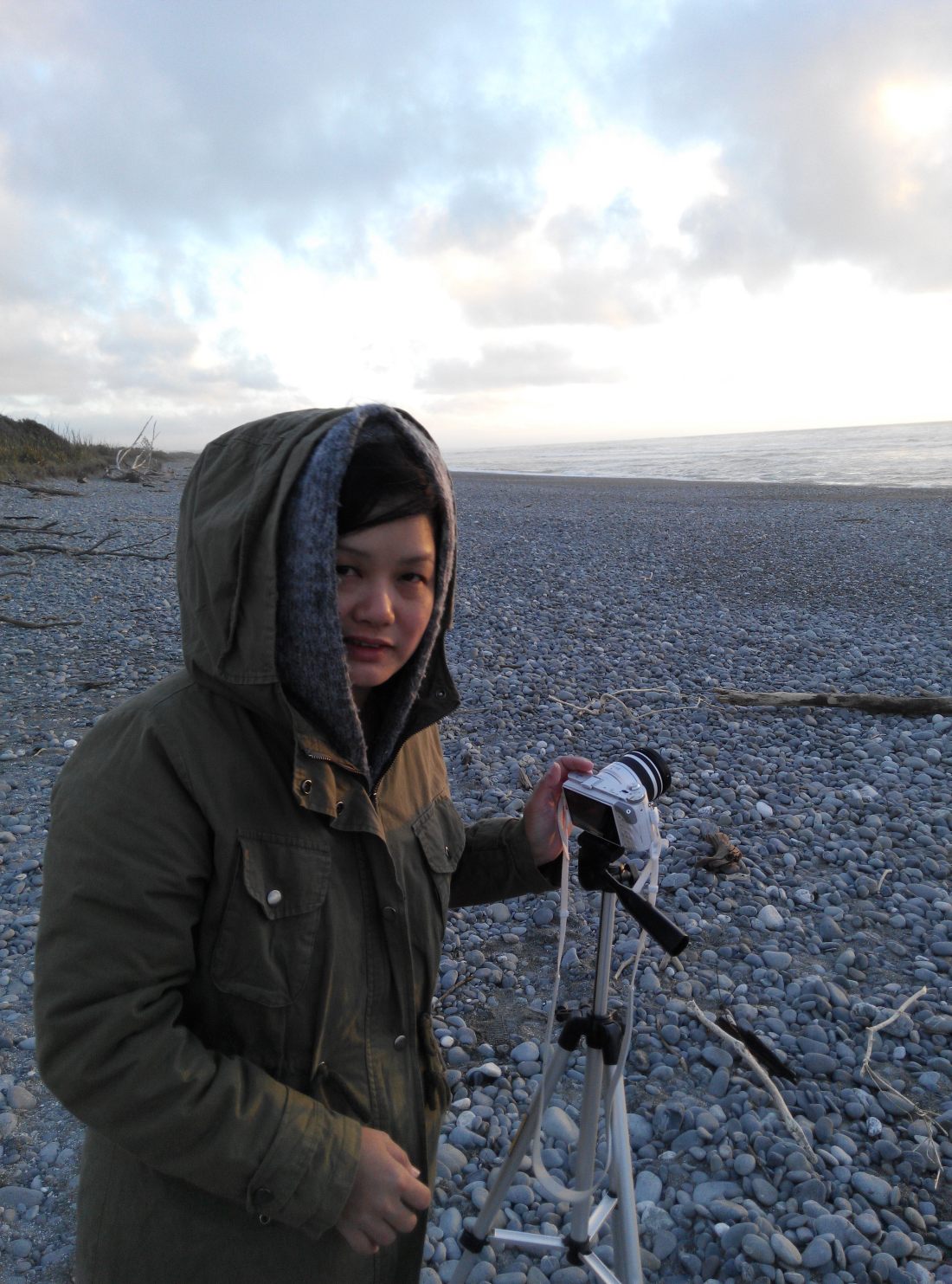 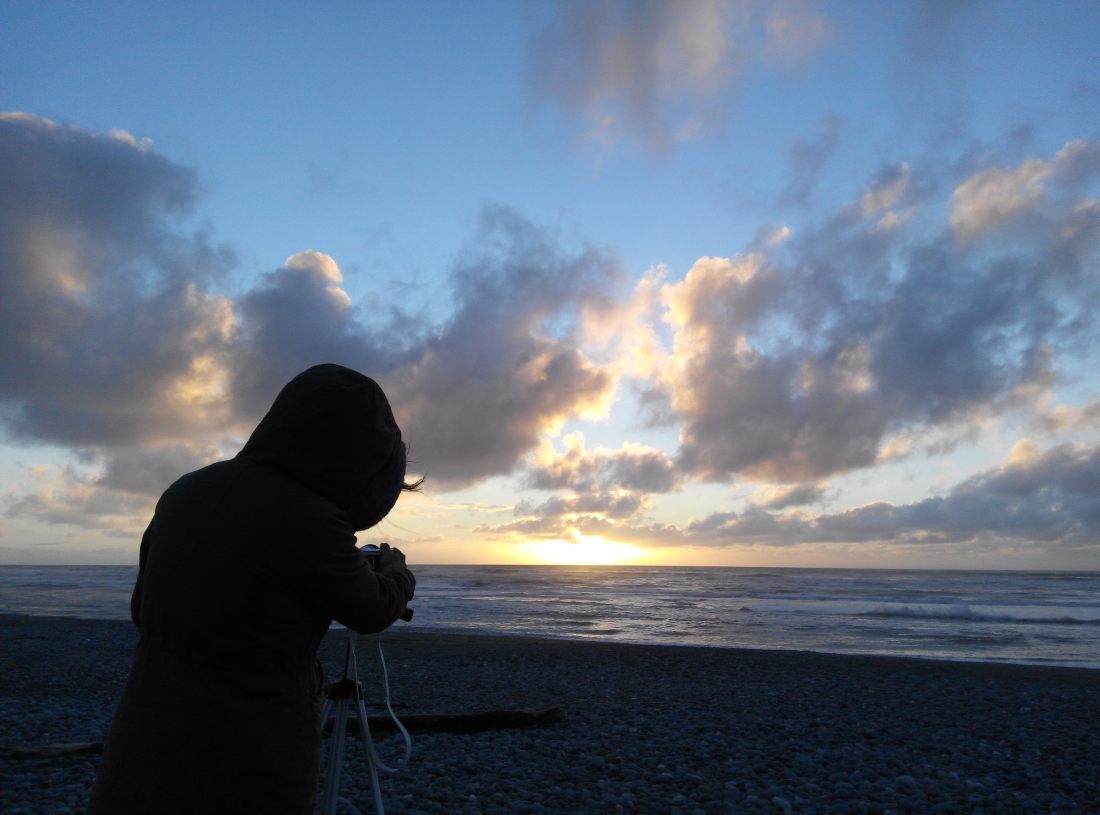 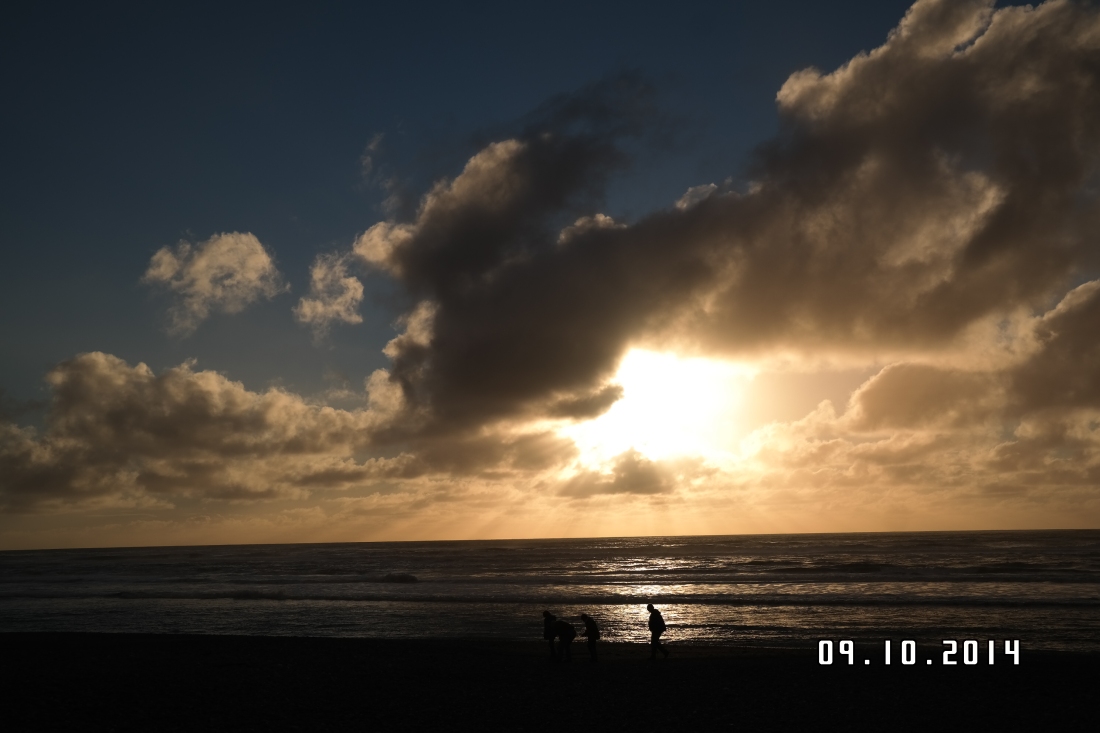 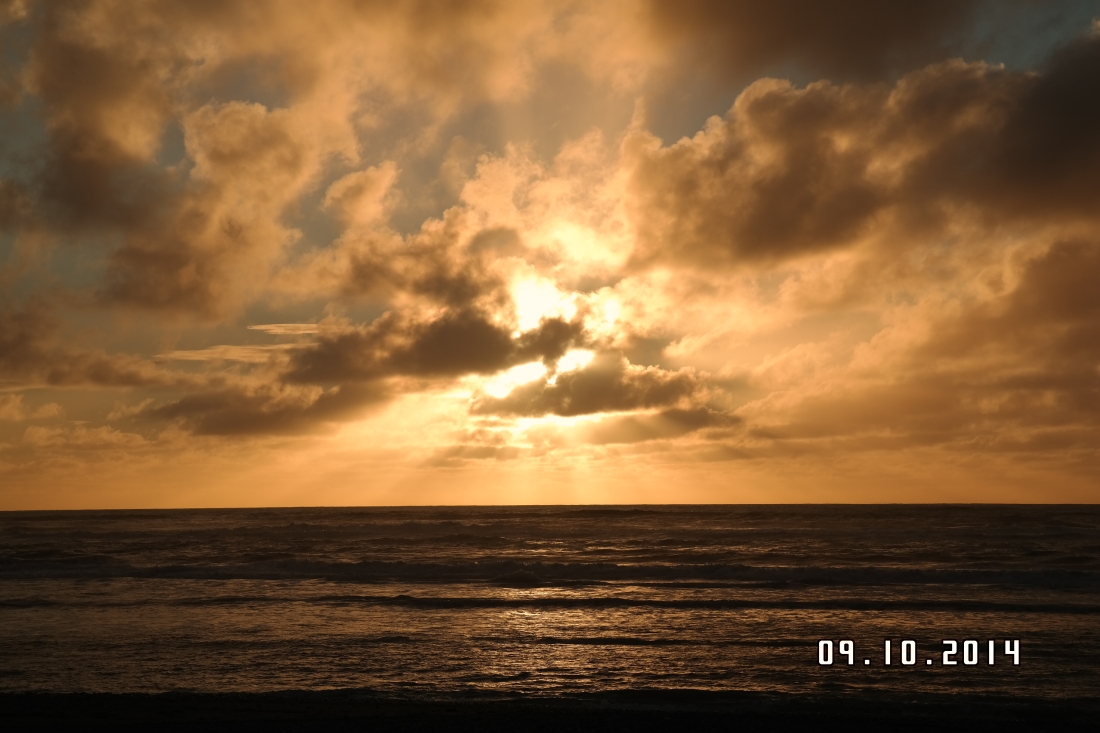 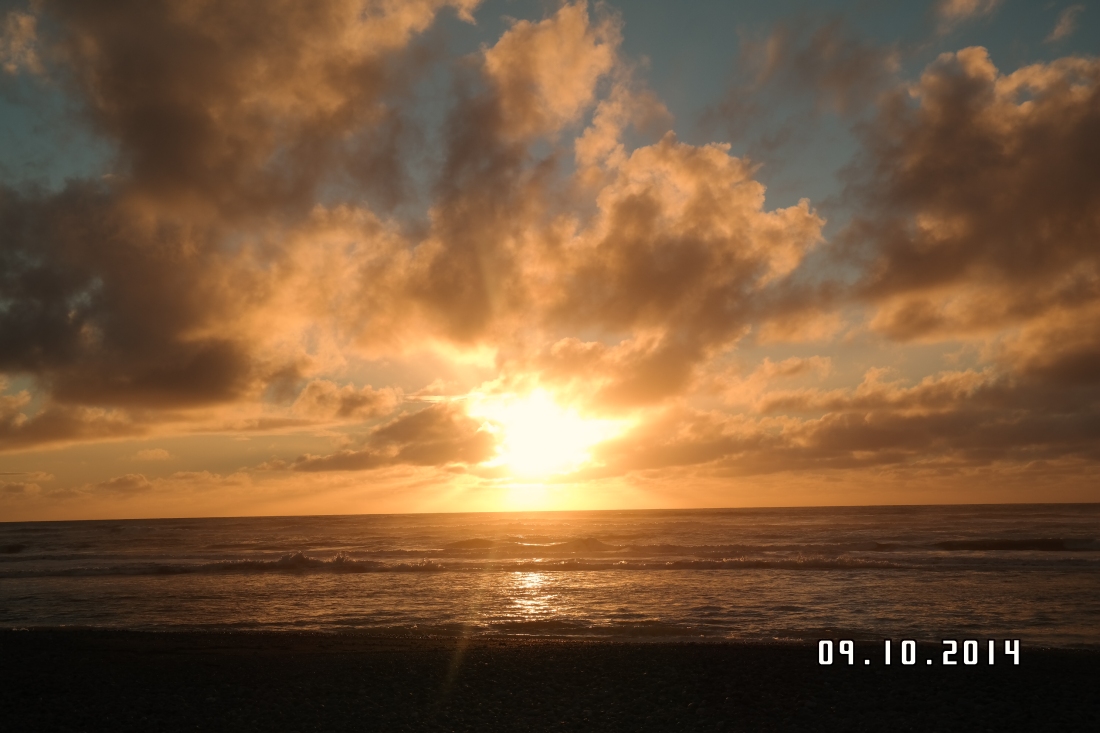 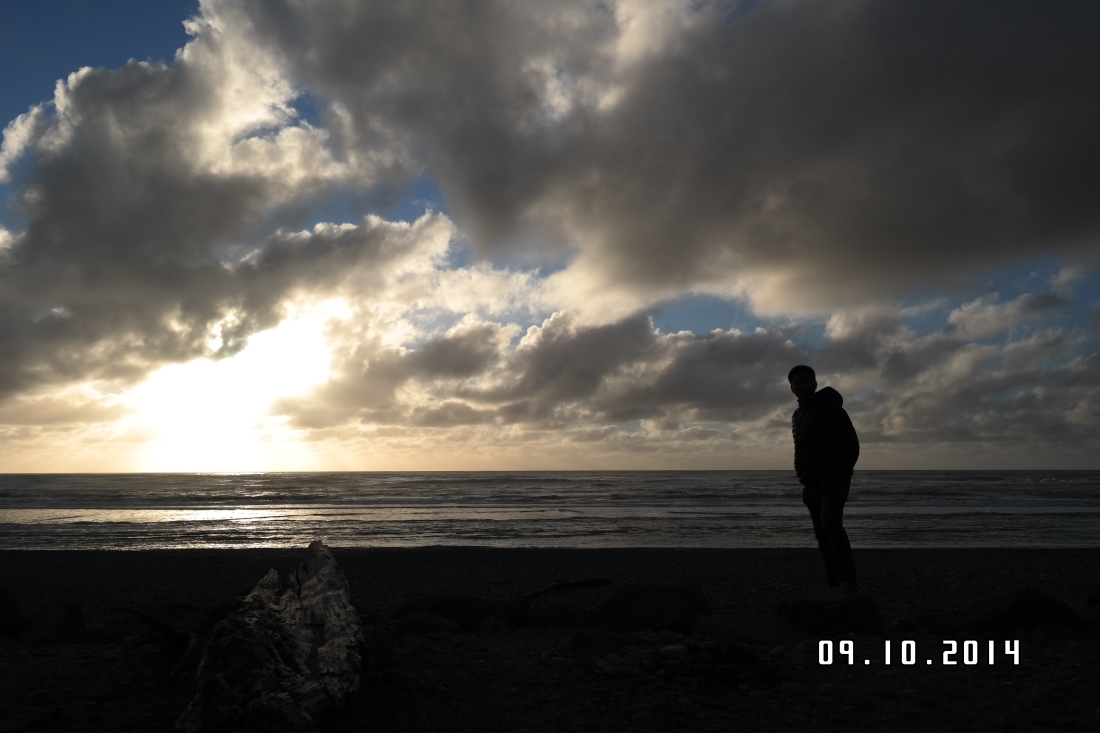 End of Day 6 : We had planned this day as a relaxing day after several days of hectic traveling. I touched the pancake rock. It is a natural wonder, a creation human tried very hard to explain. I believe the theory of loose mud layer between hard layer but the account for period that generate hard layer remain puzzling. Nevertheless, we were thrilled by spectacular wildness the west coast provided. Beautiful sunset over Greymouth.